Yesterday, one of Canada’s top literary awards was announced! The ScotiaBank Giller Prize awarded this year’s honour to Lynne Cody for her short story collection ‘Hellgoing.’

The prize, which was established in 1996 in honour of former literary editor Doris Giller, has grown in recent years, increasing the prize to $50,00 and instituting a long list and a short list, the latter of which has a prize amount as well.

Kobo, as usual, was on the ball with this and sent out an email right away promoting the winning book and including links to past winners and to short and long list selections. Those is the US might not realize how dominant a player Kobo is in the non-American market, and it’s always nice to see them promoting local authors.

Editor’s Note: Those of us in the U.S. are going to find it difficult to buy the book. It’s not in the U.S. Kobo store, and it’s currently unavailable on Amazon. Territorial restrictions strike again! 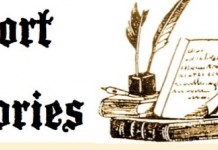 A shortlist of reasons for short stories