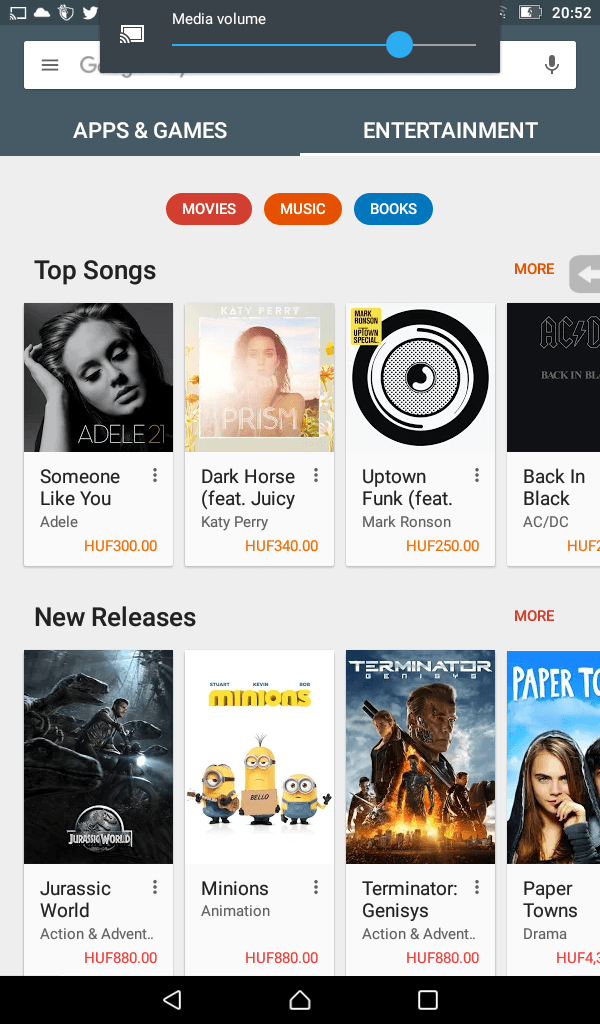 The Google Play Store app for Android has just been updated to Version 6.0.0. With this update comes a new layout that groups e-books, music and videos as “Entertainment,” segregated from “Apps & Games.” This and other developments suggest that Google could be looking at a new focus on content and media on the Google Play Store.

With Google and Android, an entirely new version number, rather than the incremental Version 5.X.X upgrades that Android users have grown used to, often signals a major step up. Google Play Store Version 6.0.0. looks to be no exception. The previous version had separate tabs for Apps, Games, Movies, Music and Books, and the last three are still present in the sideswipe left menu, linked to the separate Android apps for each. The new Entertainment tab, however, simply showcases the top picks for each, followed by personalized recommendations. In the older version, the top picks didn’t appear.

Could Google be trying to do an Amazon, with more of a focus on content? The Entertainment top tab recalls Amazon’s approach to various media types in its Fire OS. Rumors reported via Android Police that Google is trying to improve the quality of app reviews in the Google Play Store also suggest more of a push to enhance an Amazon-style content ecosystem of reviews and recommendations. It isn’t clear whether these changes come because either Android users or Google itself aren’t satisfied with the performance of the Google Play Store, especially as a content vending platform. In any case, I’ll report on other features of the new design as and when I unearth them – or indications of Google’s future policy for the Play Store.