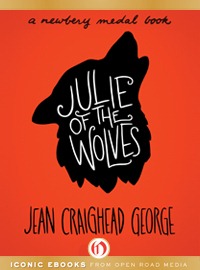 Andrew Albanese at Publishers Weekly has the latest news in the Julie of the Wolves case. The affair began when Open Road agreed to publish an electronic edition of Jean C. George’s book Julie of the Wolves. George, who has since passed away, and Open Road felt that the terms of George’s contract with HarperCollins could not cover electronic editions, given that it had been signed decades before they were invented. She was also dissatisfied with the low royalty rate HarperCollins offered, whereas Open Road offered her 50%.

The latest news from the case seems to be that Open Road has continued selling its Julie e-book even after the court found against it, so in addition to the minimum of $30,000 in damages (plus almost $1.1 million in legal fees and costs) HC is seeking, it has asked the court to consider awarding additional damages for “willful infringement.” It has also asked for a permanent injunction blocking Open Road from publishing the e-book.

The latest development leaves an “authorized” e-book edition of Julie in limbo. HarperCollins might have the rights, but cannot exercise them without George’s estate’s approval—which they’re unlikely to receive if they’re still unwilling to come up to George’s royalty demands.

There’s not really a lesson for authors to take away from this. “Don’t sign contracts like that” is fairly obvious, but contracts for new works have had clearly delineated e-book rights going all the way back to the RosettaBooks affair. Short of inventing a time machine, there’s not much authors can do about contracts they signed before that. On the bright side, the number of titles from that era whose rights have not reverted, or that publishers would be unwilling to revert, is probably vanishingly small, but that also means that any book affected is going to be a well-known long-term bestseller that its publisher won’t want to let go.

And this is something that will probably start happening more and more often the longer established publishers decline to raise royalty rates on e-books. To a certain extent, it’s not clear if they can raise those rates. Newer publishers like Open Road can afford to offer higher rates because they don’t have all that infrastructure and dead weight to carry. So can self-publishing marketplaces like Amazon or Apple’s iBooks. But the corporate publishers are fighting tooth and nail to hold onto every penny, because they need that money to keep from going under. Just look at what’s happening right now between Amazon and Hachette.