Here’s another month-old story I missed when it was new. Last month, HarperCollins acquired The Midlist, a daily newsletter that delivered e-book deals from a variety of publishers to customers’ inboxes every day. The publisher rolled The Midlist into its HarperCollins-only deals newsletter, Bookperk. Publishers Weekly reported:

The combined Midlist-Bookperk operation will, HC said, reach over 1 million readers. “Folding The Midlist into Bookperk is the next logical step as we grow Bookperk into an industry-leading direct-to-consumer platform,” said Angela Tribelli, HC’s chief marketing officer. She added that the combined newsletter will “connect our authors and our tremendous backlist to more than a million readers.”

I found the story when it popped up on The Passive Voice yesterday, and commenters there noted the same big problem with the deal that I see: HarperCollins bought the mailing list of a publisher-agnostic deals newsletter and merged it into its own publisher-centric newsletter. I never subscribed to The Midlist, though I do subscribe to similar newsletter Bookbub. If that deals list suddenly switched over to being the mouthpiece for just one publisher, I don’t think I would find it all that useful any longer. And unlike Baen, Harlequin, or O’Reilly, HarperCollins is not a well-branded publisher, but just another faceless Big Five entity.

And similarly, this means there is one fewer outlet available for self-publishing and indie-publishing writers to promote their works—it’s now all HarperCollins, all the time. Of course, other newsletters will spring up to fill the vacant niche in the indie book promotion ecology—the demand both from self-publishers who want to advertise, and from readers who want to find more self-published books. Meanwhile, all the disgruntled subscribers to The Midlist will drop Bookperk like a hot potato. By no means all of even most subscribers will, but they’ll almost certainly lose all the ones who cared the most, and were likely to buy the most books. 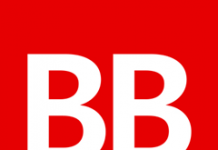 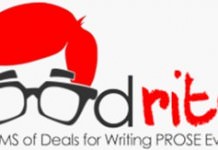 Goodriter: A Bookbub for authors?