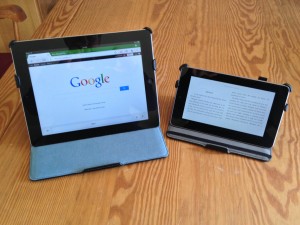 So you’ve bought that shiny new tablet and fired it up. Now what? You’ve got a bunch of app icons, and you know it should be a great tool. But how do you learn to use it?

This article assumes you’re new to the tablet world. If you’ve changed operating systems, like moving from an iPad to an Android tablet, you at least understand the basics of using a tablet. Your challenge is finding apps in the new platform to accomplish the things you’re used to on your old tablet. If you’ve purchased a Microsoft tablet and you’ve ever used a Windows computer, your learning curve will be virtually non-existent.

However, plenty of my clients have purchased their first table and hit information overload as soon as they look at the home screen and see all those icons. Where to begin?

First understand what a tablet is good for, and what it’s not. It’s fantastic for web browsing, games, reading, calendar and to-do management, video, social media and light word processing. It’s not so good at photo editing, heavy document creation or any tasks that require switching between multiple applications, although that’s changing as some manufacturers are adding multi-tasking, and iOS 9 will support it later this year. In general, though, computers are still superior for those tasks.

The first thing you’ll need to do is get your tablet on your home or work Wi-Fi and set up e-mail accounts. Yes, it’s basic, but it’s a good start. Refer to your device’s documentation or do a quick Google search, and you’ll have that done. If your device comes with pre-loaded social media apps, like Facebook, you’ll want to link those to your accounts as well. Or not, if you prefer not to be bombarded with notifications.

What next? Some people want to dive right into the App Store or Google Play. Stop. You’ve got enough to learn without adding tons of new apps into your picture. 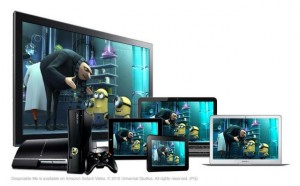 Think about why you bought your tablet. Is it primarily for work or for fun? If you purchased it for entertainment, it’s likely that the number of pre-loaded applications are a good place to start, especially if you’ve got a Nook or Amazon Fire tablet. Both those devices have e-reading, audio and video applications pre-loaded. They may not be the best applications, but they give you a place to start. Figure out what you like and what you don’t. Then you can go hunting for different apps to give you the features you’re looking for.

If you’ve bought your tablet for business reasons, you’ve got a bigger learning curve. Go back to the list of what a tablet is good at. Start with one or two features–don’t try to figure out everything at once.

Always start with the pre-installed apps, just as if you were planning to use it for fun. (And let’s get real. Just because you planned to use it for business doesn’t mean you won’t sneak some fun in there also.) I suggest you open and try every app that the device comes with. Sometimes it’s not obvious what it does until you try it.

Take scheduling. If your needs are simple, you might get by with the pre-loaded calendar apps. If you’re using an iPad, you might be fine with Reminders for tasks. Some Android devices come with a pre-loaded task manager. Check out Sunrise and Evernote (both reviewed by me) if you want something different.

If you use social media, you’ll want to download those apps. Remember that Facebook has a separate app for business pages. You can’t post to or interact with your business page from the main Facebook app. Fair warning, the Facebook Page Manager app isn’t great and it’s lacking some features you’re used to on your computer, but it’s (mostly) functional.

Not all tablets have pre-loaded word processing apps (or if they do, they aren’t great), so if that’s an important function for you, you’ll need to go hunting on the App Store for your device. Office 365 is available for tablets, so if you have a subscription, you’re in good shape. Pages is good options for the iPad. Google Docs is my favorite for Android, and it’s also available on iOS. There are also numerous text-only apps out there, and if you don’t need a lot of formatting, give them a look. If you like to work in Markdown, there are lots of apps which support it.

Once you are comfortable with the basics, then begin getting fancier. Browse your App Store and see what’s available. Read gadget blogs (like this one!) to get ideas and see what else you can do with your tablet.

Trust me, you can be highly productive on the go with a tablet. I got rid of my laptop years ago and never looked back. I’ve even found entertainment tablets like the Fire to be functional in a pinch, although I prefer my iPad for serious work. Yes, I’m excited about the upcoming multi-tasking features, although it will require an upgrade.

Note: This is a repositioned version of similar material that appeared two years ago in TeleRead.