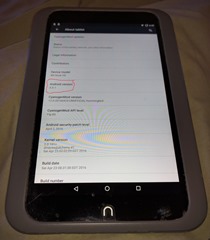 Well, here’s a surprise. Through no fault of my own, I managed to get Android 6.01 Marshmallow running on my Nook HD.

The guide I wrote to installing KitKat, then Lollipop, on the Nook HD via Cyanogenmod has been one of our more popular articles over the years, but it’s gotten a bit out of date now. I’ll go through and update it at some point, but for now I thought I’d simply go over what’s changed.

If you’re installing Cyanogenmod on a stock Nook HD for the first time, you’ll need a boot loader and rescue package; simply grab the latest versions of those from the sources listed in my guide and follow the instructions therein for applying them. Then when it comes time to grab the Cyanogenmod and Google Apps packages, use the links found here instead.

It had been a while since I played with the old Nook HD when I finally got around to taking another look at it last night. Between my Nexus 7, Nexus 6, Amazon Fire, and iPad Mini, I’ve had more than enough devices to entertain me, and since I’d upgraded it to Lollipop I found the Nook HD hadn’t been working terribly well. I had lately factory reset it in the hope that would improve performance, but never got around to doing much with it after that. 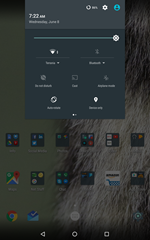 I decided to go ahead and install the latest Cyanogenmod pack that I could find, so visited the box directory where the most recent Cyanogenmod releases reside, as mentioned in the guide. As it turned out, a fairly recent Marshmallow package resides there now. At the moment, that’s “cm_hummingbird-otaMOB30d.160422.zip”. (Disregard the “aosp” package; that’s a different Android distribution and I don’t have any experience with it).

But you also need a recent Google Apps package to go with it. You can get that from OpenGAPPS; be sure to choose the ARM platform and Android 6.0. As in the guide, I recommend the “mini” variant to have a fairly complete set of Google Play applications without adding things you don’t need like the camera app. Making sure I had a recent apps package was one of the harder parts about getting my Nook up and running again, because if you don’t have a recent one, it just complains that Google Play Services needs to be updated—and won’t allow you to run the Play Store to update it until it is updated. So installing the package from the Cyanogenmod boot screen is the only way to get around that catch 22.

Once you have those apps on your installation SD card, installing them is just the simple matter of booting back into the boot manager and installing the packages from the zips. Then just pop the card out and reboot it again, and there you go. 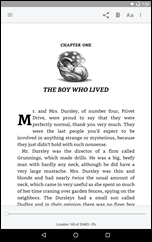 How does it work? Well, the results are fairly mixed. The Nook HD is a pretty old tablet, and by today’s standards its poor little ARM processor is fairly slow. Do anything even slightly taxing with it, and you’ll feel the CPU—located inside the device approximately right where your right hand would hold it to read it—heat right up. That said, it does have a better-resolution screen than Amazon’s $50 Fire, plenty easy on the eyes for e-reading and capable of displaying video in full 720P high-definition.

The lack of speed is the biggest handicap. It took a good thirty seconds to a minute or so to open the Kindle app, and when I downloaded Amazon’s monster 7-in-1 Harry Potter omnibus it churned away for a couple of minutes, popping up an app-has-stopped-responding notice a couple of times, but once it opened it, it displayed just fine and turned pages without any delay in response. 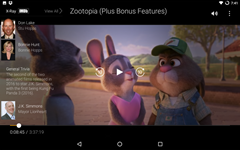 It also took a while to open the Amazon Video app for the first time, but once I did, it started streaming Zootopia without any hesitation and the video looked and sounded great. (Of course, the sound only came out of one side of the tablet, since (like the iPad) the Nook HD mounts its stereo speakers in portrait orientation, but you can get around that with a Bluetooth speaker easily enough.)

The Nook HD makes a pretty decent, albeit slow, e-reading and media slate, as long as you don’t try to do anything too taxing with it and don’t mind apps starting a little slowly now and again. It doesn’t have any fancy touches like cameras, but neither does an e-ink Kindle.

That said, the price of the thing has about reached the point of diminishing returns as far as cheapness is concerned. The lowest price I’ve readily seen on them is $30 + $7 shipping for a used model from Amazon. And if you’re going to spend that much on tablet hardware anyway, you might as well spend a little more and get the Fire instead. Its screen isn’t as great, and its postage-stamp speaker is even worse, but it’s better in nearly every other way (especially if you put Google Play on it) and a lot faster, too.

On the other hand, if a friend or family member has an old Nook HD you want to get some more use out of, or you run across one for ten bucks at a garage sale, you can still make it nearly as useful as a modern tablet. That’s the benefit of an open platform like Cyanogenmod, and hardware that’s amenable to sideloading a new operating system.