I’ve had this HP Stream 7 tablet for a couple of days, and my first impression is that it’s fairly mediocre from a tablet standpoint, but it seems like a terrific micro-laptop. With one major caveat I’m still inclined to look upon it as a great bargain at $79—especially since it included a one-year subscription to Microsoft Office 365 (a $69 value) and a $25 Windows Store gift card. It’s like they’re paying you to take the tablet off their hands.

I have come across one showstopper bug that colors my whole experience: its Wi-Fi adapter seems notably finicky. It seems like half the time I’ve spent with it since getting it has been trying to get it to reconnect to whatever wireless router I’m using, while none of my other devices had any trouble. I’ve run across a number of people online having the same problem. I did run the HP support app and install the latest version of the wireless adapter driver, but that  hasn’t eliminated the problem. If it continues being this bad, I may end up needing to send it back. It could still, after all, be defective hardware.

This tablet represents my first experience with Windows 8.1. I’ve never had occasion to use it before, having no desire to pay for an update that might potentially mess up my desktop computer which is happily running Windows 7. But curiosity combined with the bargain price led me to take the plunge. So far, I’m not sorry I did—even though it doesn’t really meet my needs as a tablet.

It’s not entirely Microsoft’s fault. I’m heavily invested in the Google ecosystem, and Android is custom-tailored to make the best use of that ecosystem. For example, I use two separate Google identities for different purposes, and Android lets me stay logged into them both via Gmail/Inbox and Google Hangouts. I can’t really do that on the desktop—I have to have a separate Chrome browser and Firefox browser open to encompass both identities.

And the thing is, Windows 8.1 isn’t really a true mobile operating system—at least by my definition. It’s a desktop operating system, shrunk down and crammed into a tablet form factor, with a mobile app launcher fig leaf on top. The Windows Store offers some of the major mobile apps—Twitter, Facebook, Flipboard, Evernote, Dropbox—but the Google ecosystem is largely absent, save for a Google app that incorporates some but not all Google applications. (It has GMail, Maps, YouTube, Drive, and a number of others, but notably missing are Docs, Inbox, and Hangouts.) There are some third party Google ecosystem apps, but after having had my Google account hacked a couple of months ago, I’m leery of exposing my information to any third party applications.

Of course, since Windows 8.1 is binary compatible with desktop Windows, I could easily install Google Chrome and use Docs, Inbox, and Hangouts that way—as well as other desktop apps, including Scrivener and the Microsoft Live Writer on which I am even now writing this post. It’s just a little awkward to use a desktop-scaled application on a 7” screen, especially if you’re using your fingers instead of a mouse. It’s often hard to tap the right thing with fat fingers. But attach a Bluetooth keyboard and mouse, and it’s nearly as good as a laptop, only much smaller.

The other big drawback from a tablet point of view is that there isn’t a good Swype-style alternative to the main on-screen keyboard. Apparently there are a couple of potential applications, but neither sounded like it would be a perfect solution. So, the on-screen keyboard might be good for dinking out your email address and password for logging in places, but falls short for composing lengthy messages.

Some of the mobile apps are a little odd. In particular, the Dropbox from the Windows Store is only good for downloading individual files. If you want to sync entire folders, like on your desktop, you have to install the desktop version of Dropbox. (Which, of course, you very easily can—and you can even set it to sync only specific folders so you don’t eat into that 32 gigabytes of storage space.) I use it to sync my Scrivener files directory.

I’m not thrilled by the idea of having to subscribe to office software year by year. That being said, I’ll gladly use the subscription service for the time they give it to me—especially since I can use it on my desktop as well as just the tablet. Given that, it’s almost like I bought a year of Office and got a tablet free.

I expect I’ll end up sending this tablet back over the wi-fi issue. I’ll report further if the replacement has the same issue. 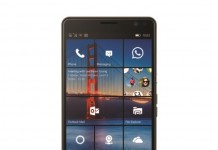