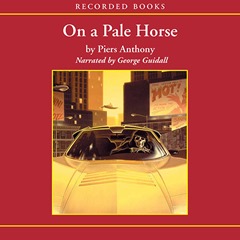 Well, the Humble Bundle once again breaks new ground. Not content to have offered pay-what-you-want sales in computer games, music, and e-books (twice), now it’s launched an audiobook bundle. The titles you get for paying anything within the next two weeks include:

If it follows the same pattern as previous bundles, it will announce even more titles in a week or so.

These appear to be the same versions of the books available through Audible. Needless to say, five bucks would be an incredible price for just one of them. (Well, unless it’s the one by Piers Anthony. Actually, I rather enjoyed that book when I read it, but I was a lot younger then. I’m kind of scared to find out what I would think now.)

The charities up for support this time include the EFF and Worldreader. We’ve mentioned Worldreader here a number of times, that being the charity involved in sending e-book readers to Africa. As with any of these drives, you can choose to divide your money among the audiobook author/performers, either or both of the charities, and the Humble group themselves in any way you like.

(Hat tip to The Digital Reader for noticing it first, though I’d have noticed it myself when I read the Humble Bundle’s latest email…)