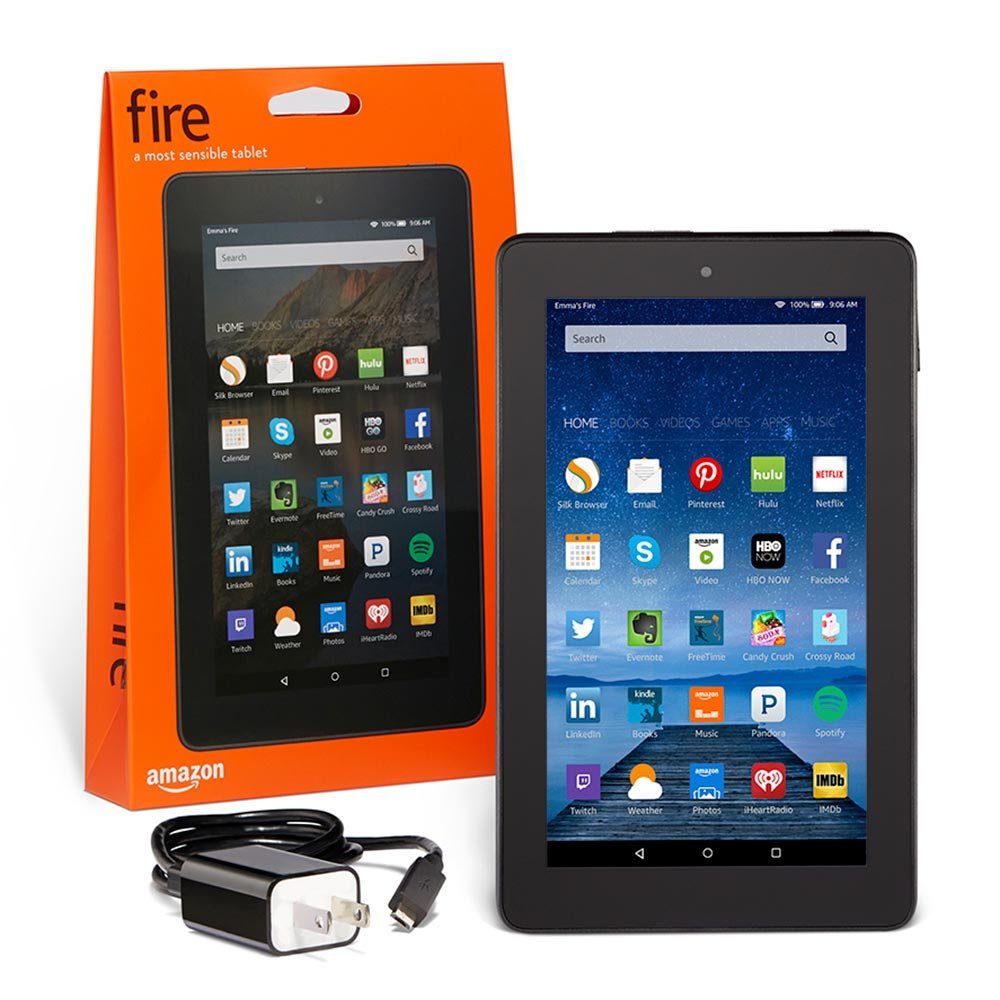 The latest International Data Corporation (IDC) Worldwide Quarterly Tablet Tracker figures for the fourth quarter of 2015 show a global tablet market overall pulling back 10 percent year-on-year during the holiday season. “Total shipments for 2015 were 206.8 million, down -10.1 percent from 230.1 million in the prior year,” IDC states. However, “Amazon’s $50 (or $42 for bulk shoppers) tablet was the holiday season’s surprise hit, garnering the number 3 rank among the worldwide top 5.” Also, “despite the market’s negative trajectory overall, shipments for detachable tablets reached an all-time high of 8.1 million devices.”

Not such a surprise, perhaps. As I predicted back in September last year, it looks as though the $50 Fire is such a persuasive price-plus-content offering that it’s exerting significant pressure on the low-end tablet market as a whole. IDC also vindicates Amazon’s own boasts about the Fire being a holiday hit. Amazon’s year-on-year growth hit “175.7 percent, the highest among the top 5,” confirmed IDC, though adding, “while this bodes well during the holiday season, it’s unlikely the Kindle’s success will continue in the remainder of the year.” We’ll see. In any case, Amazon shipped 5.2 million tablet units in 4Q2015, according to IDC, compared to 16.1 million for Apple and 9 million for Samsung, giving it just under 8 percent market share. If we assume that Amazon’s breakout growth since its 1.9 million units for the same time last year came entirely from the Fire, then Amazon may have sold just over 3 million $50 Fires in the holiday season.

It looks as though I may have to eat humble pie in one department, though. While Apple’s overall tablet market take shrank almost 25 percent year-on-year, according to Jitesh Ubrani, Senior Research Analyst with IDC’s Worldwide Quarterly Mobile Device Trackers, “despite lukewarm reviews, the iPad Pro was the clear winner this season as it was the top selling detachable, surpassing notable entries from Microsoft and other PC vendors. It’s also important to note that the transition towards detachable tablets has presented positive opportunities for both Apple and Microsoft.”

“One of the biggest reasons why detachables are growing so fast is because end users are seeing those devices as PC replacements,” addded Jean Philippe Bouchard, Research Director, Tablets at IDC. “We believe Apple sold just over two million iPad Pros while Microsoft sold around 1.6 million Surface devices, a majority of which were Surface Pro and not the more affordable Surface 3. With these results, it’s clear that price is not the most important feature considered when acquiring a detachable – performance is.” Note, though, that Apple’s success with the Pro has been “able to curb the decline in iPad revenues as its model mix shifted towards higher priced iPads” – but not to revive growth in its tablet market share.

That said, Amazon now looks to be the dominant player in the low end of the tablet market, according to one quarter’s data at least. All courtesy of one new device. Furthermore, the shrinking market size, and Apple and Microsoft’s increasing focus on other form factors and price points, mean that Amazon may be able to capitalize on other competitors’ shifting priorities. Like the baggie says, it really is “a most sensible tablet.” 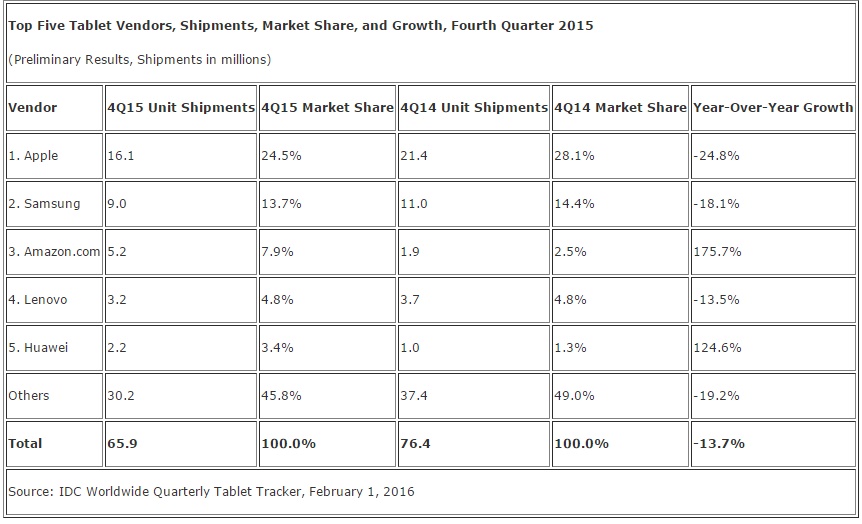