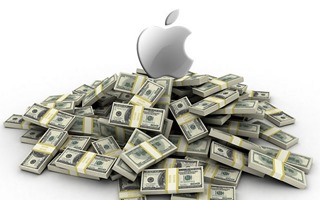 Between the blog symposium and my further thoughts on Justice Scalia, I’ve been doing a series of articles lately on the Apple e-book agency pricing antitrust affair, so here’s one more. According to Reuters and Ars Technica, the appeals court involved in the matter just rejected a challenge by an e-book buyer to the terms of Apple’s settlement.

As any long-time TeleRead follower knows, a few years back Apple conspired with five of the then-six major publishers to impose agency pricing upon Amazon and hence raise new-release e-book prices to levels they found more appropriate in order to protect the sales of paper books. After the Department of Justice settled with the publishers, it took Apple to court, prevailed, and arranged a settlement in which Apple would pay $400 million in cash to consumers and $50 million to the opposing lawyers if it lost the case, or $50 million to consumers and $20 million to lawyers if it won a retrial.

E-book-buying class member John Bradley (or at least his lawyer) argued that the settlement wasn’t fair, reasonable, or adequate, and that Apple should have to pay more. He lost at the district level, and has now lost again on appeal.

To use a colorful expression some of my online friends favor, the entire matter is a “nothingburger.” There simply isn’t anything to Bradley’s arguments. For one thing, the court didn’t pull the numbers out of a hat; Judge Cote heard credible expert testimony that fixed the overall harm to consumers at around $280 million. Adding the $450 million figure to the $166 million the publishers already paid out as part of their settlement, that would mean consumers would get 200% of their estimated losses back if Apple’s loss is affirmed, or 77% even if Apple wins on appeal (which is seeming increasingly unlikely).

But perhaps the most telling fact is one that only Reuters pointed out—Bradley’s lawyer is a noted “professional objector.” The way class-action suits are structured, any member of the class can file an objection to a settlement if he thinks the settlement is inequitable—which means that some lawyers find it worthwhile to seek out members of that class and persuade them to let the lawyers file objections on their behalf, extracting their fees from any additional funds they’re able to squeeze out—or else getting the class’s own lawyers to pay them to go away (PDF) and stop delaying the settlement with their further appeals. It’s another form of ambulance chasing, and accounts for extra load on our already-overworked legal system.

I can see the appeal of trying to get Apple to pay more, given that the amount of the settlement as it is now barely even amounts to pocket change for the corporation and doesn’t seem like all that great of a deterrent. But on the other hand, the figure was arrived at by expert consultation, and amounts to a lot more money than consumers ostensibly lost—and the objection comes by way of a lawyer with a substantial incentive to find someone who will let him represent them in the interest of extracting yet more money. Given that we’re right on the cusp of finding out whether Apple will go ahead and pay up or we’ll have to wait to see if the Supreme Court wants to deliberate on the matter further, it doesn’t seem like the best idea to delay the settlement any longer.