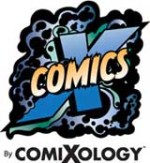 Since its recent acquisition by Amazon, people have been wondering what changes Amazon is going to make to the company. The first one came along today: ComiXology is retiring its old iPhone and iPad e-comic applications, and releasing new ones that remove the ability to buy comics as in-app purchases from Apple devices. You have to buy them from the web store now. Unless you’re on Android, in which case the in-app store works just fine.

This is, of course, because of that pesky 30% commission Apple enforces on all in-app purchases. Amazon has steadfastly refused to pay the Jobsgeld, but ComiXology didn’t really have much choice. Here’s where being owned by the honey badger of e-commerce comes in handy. Amazon just doesn’t give a damn about any sales it might lose from not having in-app purchases through Apple. It’s not worth the 30% tax.

A side benefit is that ComiXology no longer has to worry about any potential Apple censorship or pressure not to make certain titles available for in-app purchase. Apple has banned particular comics or graphic novels that it felt were not in keeping with its store’s “family-friendly” mandate more than once.

As a result, I gather that ComiXology has been voluntarily keeping some titles out of the version of its in-app store that Apple apps could see, which means that people who browse the store solely via the apps would never find them. Now, they won’t have that problem anymore; Apple users who want to buy their comics at all will have to use the web version, which they can still use iOS’s “shortcut” feature to add to their home screens.

And this will also mean that ComiXology will get more money out of any sales to people on Apple devices—which, as Nate points out over at The Digital Reader, means both ComiXology and the comic’s creators get a little extra money.

Apart from the app update, ComiXology issued a $5 credit to anyone who has bought comics via their platform, which is good for 30 days.