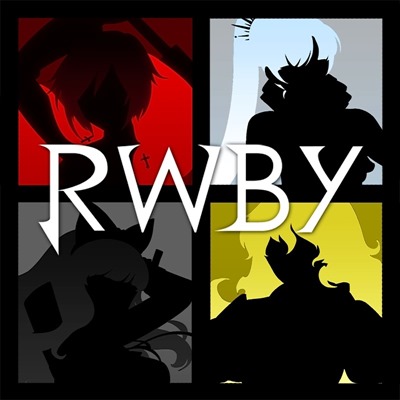 The rise of the Internet and mobile devices has been a bonanza for independent content producers. Even before Amazon’s Kindle, people were starting to self-publish fiction via the Internet, though it didn’t really grow into its full potential until the Kindle came along. But e-books are not the only medium in which people have been expressing themselves.

For example, there was YouTube. By providing a popular spot for people to upload videos so others could watch, YouTube gave an avenue of expression to thousands of aspiring video producers. Take “machinima”—the practice of using video game rendering engines to create original animated movies. They used an existing tool in new and novel ways, and were useful not only for quick one-offs like the late Monty Oum’s “Haloid” and “Dead Fantasy” videos, but also inspired the long-running Red vs. Blue comedy series that recently finished its 13th season.

But those were far from the only such original works to appear. Felica Day’s The Guild and Joss Whedon’s Doctor Horrible’s Sing-Along Blog are other examples of creators coming up with original shows outside the studio structure, bringing them straight to fans via the Internet rather than relying on television networks to distribute them. And as other video distribution services such as Netflix and Hulu have come into their own, they’ve had the budget to produce their own series on a par with shows financed by the major networks.

Indeed, Internet studios have often succeeded where more traditional studios have failed. Take Harmony Gold, the producers of the 1980s animated series that inspired my Internet handle. Robotech was a big success, but when they decided to develop a true sequel to it a few years ago, they managed to make one movie, The Shadow Chronicles, and then they just…fizzled. But meanwhile, Internet video studio Rooster Teeth, producers of Red vs. Blue, has kept cranking out original content on a shoestring budget. The animation might be a little primitive in places, but they’re slick and professionally-produced.

For example, Rooster Teeth’s series RWBY just released the first episode of its third season. Although its creator Monty Oum passed away earlier this year, the rest of the production team has opted to go ahead using Oum’s outline to finish the work. Covering the adventures of a group of students at an academy to train monster fighters, the series has decent animation, excellent fight choreography, and a great soundtrack. And it’s available to watch both for free via Rooster Teeth’s web site and YouTube, and via paid services like Netflix and Crunchyroll. (The first two seasons are also out on Blu-ray.)

YouTube, Netflix, Hulu, and other such shows have been viewable on desktop PCs ever since the sites first launched their streaming services, but for the last ten years or so they’ve also been available to anyone who has a smartphone or tablet. Given that smartphones and tablets have had costs on a par with personal computers until recently, those have generally been the same set of people…but that might be about to change.

I bring this up partly because I love RWBY and would like to see more people watch it, but partly because of that $50 Fire tablet Amazon just released. While everyone talks about how great it is for surfing the web and how cheaply it lets people e-read, it’s also got a sharp, bright screen that’s great for viewing videos. Not just the commercial videos you find on Amazon Prime, either, but videos from competing services and from web sites and YouTube, too. Even if you don’t finagle the Google Play Store and associated applications onto the Fire so you can install the YouTube app, the Silk browser will play the videos from YouTube or Rooster Teeth’s web site just fine, and Amazon’s app store has apps for Netflix, Hulu, and so on. The screen might not even be 720P HD resolution, but it still looks good—and that means it can stream videos at lower resolution and use less bandwidth.

While we’ve been musing about how the Fire will affect library and educational uses, which tend to rely on digital versions of printed media, it’s also worth noting that they’ll also inexpensively put the ability to watch videos in the hands of everyone who buys them. While the Fire is definitely among the least expensive e-reading devices you can buy, it’s almost certainly one of the least expensive video-watching devices, too.

It used to be we all gathered around TVs to watch our shows, and the idea of a cheap device for watching shows was on the same order of fantasy as a Dick Tracy wrist computer. But now, anyone with $50 can get their own media tablet, and all they have to do is find a public WiFi hotspot to make use of it to view any video from the Internet. Videos aren’t just something you need a big console to view anymore; you can watch them in the palm of your hand, from anywhere. Is that going to have implications for the kind of videos that get produced? Is it going to change the way videos are consumed? (Of course, they’ve already changed dramatically just since the introduction of Netflix and binge-watching, but who knows what further changes are in store?)

It’s going to be fun finding out—but it’s also a lot of fun watching my favorite TV and web series online right now. Like this one: