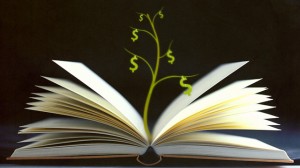 In today’s Morning Links, we feature a story from Digital Book World where Jeremy Greenfield says:

One of the most confusing things to me about the Amazon-Hachette contract dispute saga is why do so many indie authors want so passionately for Hachette, a competitor, to lower its prices?

It’s only confusing if you make the mistake of looking at indie authors as defining themselves by only one characteristic: being an indie author. However, few people define themselves so narrowly. Many (likely even a majority) of indie authors are also readers. Readers are consumers, and we like lower prices.

So the answer is simple. Many indie authors want lower prices so they can buy more books and extend their reading budgets. I spend a fair amount of time on various indie author forums, and I’ve seen many authors make that point. It’s definitely my reason for wanting lower prices from traditionally published books. I still buy them, and I’d buy more of them if they were less expensive.

Update: Many apologies for getting Jeremy’s name wrong earlier. It’s fixed now. Thanks to the commenter who pointed it out.