From the company’s launch release come this:

“A former Cabinet minister, a PhD from the creative writing programme at Newcastle University, a cultural historian and Demos associate and a founding father of the 1960s underground movement are amongst those authors whose work is published under the digital imprint Ink Monkey.”

For anyone wishing to sample its wares, “‘Monkey Tales: An Ink Monkey Sampler’ will be issued at the end of June, free to anyone who subscribes to the Ink Monkey site via the Ink Monkey Newsletter or follows ink Monkey on Facebook.”

According to Taylor’s Wikipedia biography, he worked with Britain’s New Musical Express, covering mostly indie rock of the 1980s, and even had a hand in creating some compilation albums of the period. As agent and publishing executive, he has worked with writers such as Peter Ackroyd, Jake Arnott, and leading experimentalist Toby Litt. 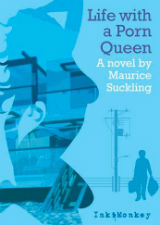 “Publishing is still going through the technological flux that it is only now just starting to understand,” Taylor says. “Times are more interesting than they have been in decades. Although the business still feels like a business more comfortable in plus-fours, it has become more diverse and more open to new ideas, and there is more opportunity for fresh writing than at any time previously, albeit on a different business model from the traditional one.”

Longer term, Taylor is looking to move Ink Monkey to “a mixed business model, part conventional retail and part subscription,” and he promises further releases during the summer.