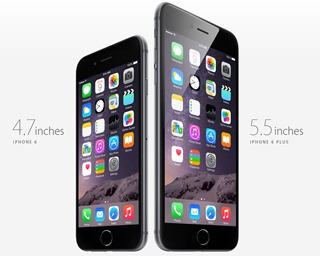 Apple’s new iPhone Upgrade Program could bring some sweeping changes to the mobile industry. That’s what Dwayne de Freitas posits in a fairly long piece on GigaOm. It’s worth reading the whole thing, but it had a few interesting takeaways for me. It suggests that the relationship between consumers and their smartphones—one of the most commonly-used devices for e-reading these days—is changing.

First of all, this new edition of the iPhone is pretty much universally 4G LTE compatible. Instead of needing separate editions for Verizon and AT&T, you can get the one phone and take it to any carrier—or switch carriers whenever you feel like. (Though I don’t know that it would work with hybrid cell/VOIP carriers like Republic Wireless, which uses custom firmware.) Not only that, they can take their phone international simply by buying local SIM cards for their destination. That adds a lot of flexibility. (Update: According to this CNet article, customers who buy a new phone under the iPhone Upgrade Program must sign up with one of the four major carriers (AT&T, Verizon, T-Mobile, or Sprint) at the time of purchase, and may have to pay for as much as one month of service at that time, but may then switch away from that carrier to a prepaid or regional service.)

Since a large part of the point of a contract was to amortize the huge cost of a cell phone over the period of time you were with the carrier, it means carrier contracts can go by the wayside in favor of a contract with your phone’s manufacturer. It’s set up so that you pay the cost of the phone spread out over 24 months, and at 12 months have the option of turning the old phone in and starting to pay on the next year’s model instead.

This means that you don’t lose your progress toward an upgrade if you decide to switch carriers—and since there’s no need to subsidize the cost of the phone to the carrier, there’s nothing tying you to any given carrier. And since you don’t have to upgrade if you don’t want to, you can simply pay the installments for another year and then own the phone free and clear.

This is convenient both to phone users and to Apple. Phone users don’t have to figure out how to hock their phone on eBay or via some third-party used-phone buyer when they want to switch carriers or get a new phone, and Apple gets the used phone directly from the customer and can then refurbish or recycle it at their discretion. (Or refurbish it with a new case and recycle the old case?) As de Freitas points out, phone-quality aluminum can be expensive.

It’s unclear to what extent this points the way for the entire mobile industry, as Apple is a bit of a special case—as the only company that makes iPhones, they can provide this upgrade path easily, whereas Android is considerably more fragmented. But Apple users will probably find this is a great plan for divorcing the cost of subsidizing the phone from the cost of the carrier plan—at least as long as the interest rate isn’t too bad on those monthly payments.

And if we compare the $949 purchase price of the most expensive model, the 128 GB iPhone 6S Plus, to 24 monthly payments of $44.91, we find the customer would fork out $1077.84 altogether. That’s about a 7% annual interest rate, which certainly beats the heck out of what you’d get for putting it on a credit card. The Motley Fool seems to like the idea, too, from a financial standpoint.

Say what you might about Apple’s corporate behavior, there’s no doubt whatsoever that it makes great hardware. Making that hardware fully portable across all different carriers is only going to make it more attractive to anyone on the fence about which platform to get.