Talking New Media just ran a piece detailing the relative revenues from the iOS and Android platforms for digital publishers of magazines and other content apps. And their findings were that the hand-over-fist growth in Android OS penetration, via cheap tablets and multitudinous generic cellphones, is not translating into revenues or big takeup for these publishers – at least not yet. 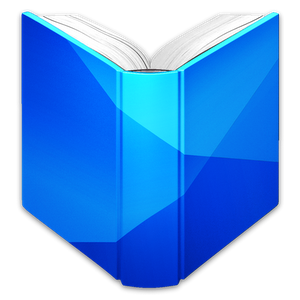 “TNM’s own survey of digital publishing platform companies shows that close to 25 percent still do not provide solutions that will result in an app for the Google Play store – and close to 75 percent don’t service the Windows environment,” says the article, attributing this to lower subscription rates and revenues in the Android environment.

The article concludes partly that iOS customers are simply more accustomed to spending on content, and overall in a slightly higher income bracket with more disposable cash, but I suspect other forces at work. I think this is also the influence of the Kindle and Amazon’s retail pedigree showing. Amazon started as a book retailer, and eventually moved – very successfully – into digital platforms and etailing. Apple, fundamentally a technology company, provides a platform for its clients to distribute content on. But Amazon owns its own retail channel, and has far less interest in seeing third parties get a major slice of the pie. Of course they can publish content for Amazon to distribute, but in books at least, it’s already in direct competition with them through Kindle Direct Publishing. This is not an equation likely to make Amazon put its partners first. Amazon is going to foreground its content first, rather than that provided by third party app developers. And for magazines and other periodicals, it’s far more likely to want to see these go through the Kindle Store than as standalone apps.

Of course there’s more to Android content than Amazon, but Google as a content distributor via Google Play Books and Music is very late to the game, and operating far more on Apple’s model than Amazon’s. I reckon that fragmentation is also part of the problem. Android already has effectively two major app stores, the Google Play stores and the Amazon Appstore, as well as a number of lesser own-brand offerings from various gadget makers and retailers. iOS, meanwhile, only has one. Multiple distribution agreements have to be signed, never mind the question of designing for all the different Android form factors. Even though the situation is improving, then, I would expect Android to trail in content apps and offerings for a while – even while it’s growing market share.