BookRiot has an article by Teresa Preston looking at author N.K. Jemisin’s use of Patreon to support herself so she can quit her day job and write full-time. Patreon is a system whereby one’s fans can opt to contribute a set amount per month or per work in return for certain perks to be provided by the person receiving the contributions.

Jemisin started out offering a monthly cat picture to people who pledged $1, those plus patron-only blog posts for $2 pledgers, a new short story per month to $5 pledgers, and so on. At the $50 monthly level (which had only 10 slots available, long since filled) she provides an author-signed copy of any new work she publishes in print while the backer is a patron. Since she cleared the $3,000 per month level, she’s provided access to all digital content and videos to all pledgers at all levels.

The system is effectively a perpetual crowdfunding campaign, which means rewards necessarily have to be something that can be renewed every month. However, the amount of time and effort required to create such rewards will presumably be considerably less than the amount required to hold down a full-time job, leaving that much extra left over for writing full-time.

At the time the article was first posted, Jemisin had raised over $3,800 per month in pledges from 664 backers, and now she’s up to nearly $4,200 with 735 backers—well beyond the $3,000 per month goal she set on the campaign. Meanwhile, Jemisin is not the only author trying this—Sharon Lee and Steve Miller, authors of the Liaden Universe novels, have their own Patreon campaign running, which is up to a respectable $1,913 per month from 277 patrons. Their Patreon doesn’t offer direct rewards (Lee and Miller already run their own site, Splinter Universe, where they provide obscure material free to everyone) but simply serves as a tip jar for long-time fans who want to kick in to help support their favorite authors—and $1,900 per month isn’t at all bad for that sort of offering. The Patreon has helped them afford to put in an emergency generator on their house so they can keep writing in case power fails during a harsh Maine winter.

A comment on the BookRiot article notes that author Seanan McGuire has a Patreon to cover a year of moving expenses, and Amanda Palmer has one, too. (Their Patreons run on a “per work” basis rather than a monthly basis, and the amounts they earn seem to dwarf both Jemisin’s and Lee and Miller’s campaigns, in fact.) I’ve also seen Patreons used by authors of webcomics, and I’ve even kicked in for one or two I especially liked. A lot of other artists have Patreons, too—indeed, so many artists do so that searching Google Images on “Patreon” to try to find a good picture for this article turned up a lot of results that would not be safe to view at work!

But can a Patreon work for just anybody? Preston doubts it. As with a crowdfunding campaign, you need to have a large number of fans who are willing to kick in and support you to get it off the ground. (Indeed, it might be a good idea to approach it exactly as you would a crowdfunding campaign, the way I mentioned in this post.) And if you want to make the equivalent of a good full-time salary out of it, like Jemisin, you have to put in the extra work to come up with monthly rewards and promote it.

But even the $22,000 or so per year Lee and Miller get from it has to be a big help in smoothing out their budget and covering expenses in between quarterly royalty checks—especially since they don’t have to put in a whole lot of extra work for it. (Which is good, because between Splinter Universe, their blogs, the Friends of Liad mailing list, and their Facebook pages, they’re already putting in a considerable amount of extra effort without getting paid anything.)

Given that their first publisher cut off their series early, and their next had trouble paying them reliably, Lee and Miller are no strangers to finding ways to earn extra money outside the traditional publishing system—in the 1990s and 2000s, they were an early independent publisher, selling printed chapbooks to fans via the Internet. They also ran a crowdfunding project for a pair of novels before Kickstarter was even a thing. You can put the success of these endeavors down to the devoted nature of Lee and Miller’s die-hard fans, and Patreon goes hand in hand with exactly that kind of fan devotion.

It’s tempting to note that most of these authors are traditionally-published and suggest that it’s the low royalty amount traditional publishing pays that makes midlist authors need to find these additional methods to earn a living. But then again, for all that folks like J.A. Konrath boost the earning potential of self-publishing, many self-published authors aren’t able to earn more than extra beer and steak money every now and then themselves. Whether you trad- or self-publish, you still run into the problem that you have to do reasonably well already, getting your name known to a significant number of people who like you enough to want to pay you, in order to be able to pick up enough fans for a Patreon from them to be able to help you.

And what will happen if popular authors start launching Patreon campaigns in droves? Will there be enough fans willing to contribute to enough authors that they can earn a living at it? Jemisin’s and Lee and Miller’s books sell at least tens of thousands of copies each, and probably into the hundreds of thousands in aggregate, but they’ve only got a few dozen or hundred Patreon fans and that’s enough to give them a decent amount of extra financial support. So, I suspect there’s still plenty of room for many Patreons to grow and flourish given how few contributors are required to each one to make a big difference in the recipient’s life.

When you get right down to it this basically works out to a way of actualizing the “1,000 true fans” theory that was all the rage on the Internet a few years ago and still gets the occasional bit of press even recently. Something like Patreon, where the fans chip in money to you directly, does seem to counter one of John Scalzi’s objections to the idea—that you don’t get all the money from fans who spend money on you. It may be hard to reach the goal of 1,000 true fans, but these Patreon campaigns show that even having a couple hundred of them can help a lot. 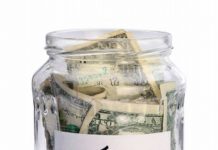 Is Patreon the way forward for publishing?