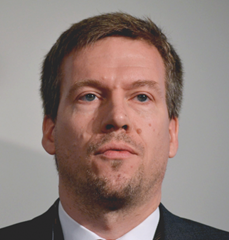 By 2040 fewer editors than “IT experts” will work for Springer Nature, according to Niels Peter Thomas, a Springer executive quoted in Publishing Perspectives.

“In this new world, search capabilities will become increasingly important,” Thomas says. “This, in turn, will change the type of content that is produced. In the past, the author wrote the text and that was the content. Now, there will be added metadata, pieces of information may have many authors, there may be community-generated content, new types of aggregation, new models …

“If open access does become more prominent, then publishers will move into additional services. They will have to ask themselves what role they play. We may even see machine-generated content in the future.”

So what do you think? Mind you, Thomas is talking about business and information publishing, as opposed to the literary kind, and he is not saying that books will be dead. But in this scenario, their prominence in publishing will decline.

Would that be good or bad? Depends what you mean by “IT expert,” the term used in Publishing Perspectives itself. If you use the term loosely and include topic-knowledgeable moderators who can also write, that might not be such a bad thing in the case of fast-changing fields.

This topic is dear to me. For Ballantine, St. Martin’s and others, I myself perped how-tos in book form. Today they might be useful for nostalgia buffs and technology historians. But for the world at large, I’d gladly prefer a more dynamic approach.

At the same time I fervently hope that traditional books will still flourish as places for story-telling (actually I did both in The Silicon Jungle).

So what’s your own thinking on these matters?