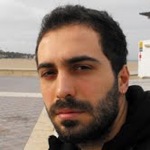 In Italy, newspaper sales have been constantly decreasing during the last years, and it is quite discouraging to observe that public funding actually keeps the great majority of newspapers alive. If it did not exist, then most of them could only work at loss, with advertising revenues getting smaller and readers decreasing as well.

The subscriptions for iPad launched by La Repubblica and Il Corriere della Sera (to only mention the firsts) represent a publishers’ attempt to explore a new market, trying to gain new readers by taking advantage of the commercial potential of this touch tablet. That is the reason why this year several newspapers (and also magazines) became iPad-ready, so that now we are able to purchase a digital edition, delivered to our device. Although this is not a local phenomenon, but a worldwide trend, there are two facts I would like to point out, in order to better analyze the effectiveness of “iPad system” in Italy.

The first consideration deals with the “audience” of iPad editions. An iPad costs 499 euro (at the least), not really a cheap mass solution to read newspapers, except for those who already use this tablet for other purposes. Furthermore, the Italian public opinion is largely shaped by TV, making the demand for news very “passive”, except for those who actively search for alternative information out of mainstream logic. There is no doubt that going on the iPad is an inescapable fact for traditional newspapers, but iPad subscribers already are part of the “active” portion of digital consumers: in other words, they are people who probably read newspapers everyday, or definitely quit paper editions to autonomously assemble the news they look for.

Those people certainly are the real target of the iPad editions, just because they could have the willingness to browse newspapers in a new way, without forgetting that digital subscriptions are cheaper and easier than paper ones. But to what extent can this lead to a sales increase? If we think that early iPad adopters already buy newspapers (also on line), they won’t significantly contribute to increase newspaper sales, but rather iPad sales. The fact itself that iPad editions are “revolutionary” is worth discussing. In fact, even if the Apple tablet could potentially offer great chances of evolution for journalism, on the other hand current iPad editions are still too close to paper ones in their form.

The second consideration deals with the idea of “application” and its relationship to e-newspaper circulation. We know that Apple incessantly reinvigorates its huge “applications walled garden” by releasing new applications for its customers. Thus, an e-newspaper becomes an application designed for one device, and once again we could assume that any evolution of newspapers driven by iPad would only take place in the Apple walled garden, among people who own iPad. If the Italian newspapers will not start to think their digital editions more opened and “global” for portable devices (such as smartphones and e-readers), not restricting their business to only one platform, they will only promote the Apple model without gaining a significant growth of their revenues.

Bring newspaper readers into a walled garden is not the ideal solution to create a mass market for digital editions in Italy, just because reading on iPad is a new experience for advanced consumers, not for common readers. When this “explorative” phase will end, Italian publishers will have the necessary elements to work for standard applications to distribute their contents.

The real revolution is yet to come.

Editor’s note: I am very proud to add Alessandro Cecconi (pictured above) to our growing list of international contributors. Here is his bio:
Alessandro Cecconi was born in 1981 and graduated in 2006 in Communication Sciences from the chair of Multimedia Publishing of La Sapienza Università of Roma, discussing the thesis “E-book: the state of the art”. He continued to do research on e-books, and together with Valerio Eletti in 2008 published the manual “Che cosa sono gli e-book”, starting to teach lessons and seminars for La Sapienza Università di Roma, Palermo University Medieval Department and AIE (Italian Publishers Association). After a M.S. in Instructional Technology for Distance Education, earned from La Sapienza and Nova Southeastern University of Fort Lauderdale, he currently works as instructional designer.