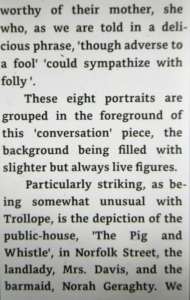 As a booster of e-books for mass literacy, I rejoiced when Amazon came out with its $50 Fire tablet, which cost a mere $35 during the 2015 Black Friday sale.

But sure enough, many people still haven’t caught on to the Fire’s potential as an e-reader. Even the normally astute Joanna Cabot took one look at the screen and decided it would do only for games and YouTube.

No, the biggest problem isn’t the hardware. It’s Amazon’s stubborn refusal to let people achieve all-text bolding through a Kobo-style font-weight control or at least through heavier fonts than they can get now.

Doubt that Amazon could? Just look at the first screen shot in this post, created under experimental conditions. It shows all-text Bookerly font, as it appears on my $50 Fire, as photographed by my Nexus 6 phone. 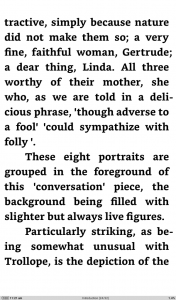 Believe me, this shot is not giving the Fire justice in such areas as screen contrast or evenness of background or sharpness of text. For a better view, albeit still a flawed one, click twice on the image or try something equivalent. What’s more, after this post first went out, TeleRead Editor Chris Meadows suggested I do a direct screen capture, which he believes would accurately reflect the video quality. I myself had wanted to err on the cautious side, given various unknowns and factors, such as glare. But if a direct capture is of interest to you, the second shot shows one.

Alas, I couldn’t increase the all-text font weight with Amazon’s own e-reading software. Instead I had to sideload Moon+ Reader Pro, which won’t work on DRMed books.

Furthermore, Joanna reminds me that she would rather that all books show up in her Fire’s usual library rather than being scattered among different e-reading apps.

Beyond that, most Amazon customers lack the technical know-how to install apps from sources other than the company’s app store.

Clearly, then, Jeff Bezos needs to tell his people to stop overdoing the Keep It Simple Stupid philosophy and allow for all-text bolding (ideally allowing for how much bold you want) in the native e-reading app. I’m going to send him a link to this post.

Here’s what an option for heavier fonts could mean:

As in the case of text to speech—which the $50 Fire laudably has, unlike recent E Ink Kindles—we’re talking about a feature that could make a huge difference to many K-12 students in terms of the Fire’s potential as a reading machine.

Other than the standard KISS orthodoxies, Jeff, just why hasn’t Amazon let customers adjust font weights, the way users can on Kobo readers? This option would be a cinch to add to your main font-related menu. It could go right under the line-spacing control.

If somehow a font-weight control isn’t possible on the $50 Fire and other Fire models or E Ink Kindles—even with all your world-class coders—then at least let readers enjoy bold versions of individual fonts.