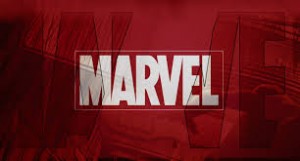 Marvel Suspends Single-Issue Comic Sales to Chapters and Indigo (GoodeReader)
Marvel has officially acknowledged the suspension of single issue comic sales to major bookstores in the USA. Barnes and Noble, Books-A-Million  have verified with Good e-Reader that they are unable to order anything other than graphic novels. Today, Chapters and Indigo Books, the largest bookstore chain in Canada, has verified they will no longer carry single issue comic books published by Marvel.
***

A New Year’s Vision of Libraries as eBookstores (Digital Book World)
As the New Year approaches, I have a vision of the future that brings bookstores to every town and invigorates libraries.
***

Some Perspectives on 2013 (Dean Wesley Smith)
Interestingly enough, 2013 was the second seemingly stable year in the new normal we are all living in the publishing industry. Does that mean that nothing changed? Of course not. Some things changed, but not like 2009-2011.
***