The latest UK Nielsen BookScan newsletter for July 2013 showed a continuing decline in print book sales by 5.6 percent in value and 6.1 percent in volume, based on year-on-year sales for the 24 week period to mid-June 2013, with a total value of £538.6 million.

“Acquiring an e-reader and buying e-books for the first time sparks a surge of enthusiasm for books in both digital and print forms. In common with their predecessors, the new buyers in the first quarter of 2013 bought many more books in total than they had at the same time in the previous year, and included among them 15% more print books. However, Kantar Worldpanel’s trend data shows us that the book industry faces a challenge in maintaining this enthusiasm, which in previous new e-book buyers has waned to such an extent that in the first quarter of this year they bought fewer books in total than they did before they entered the e-book market.” 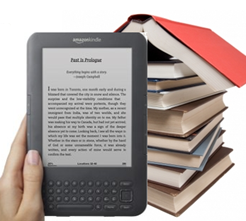 This bears out the kind of findings previously cited for the music industry, where online forms of music were also found to boost music sales as a whole. Whether the publishing industry and book trade are so ready to accept that conclusion, however, remains to be seen.

Citing a separate Nielsen report for July, “Understanding the E-Book Consumer,” The Bookseller also reported that sales of digital fiction are due to overtake e-books in 2014. However, the same report also cites slowing e-book sales, according to The Bookseller, declining for the first time ever year-on-year in the UK.