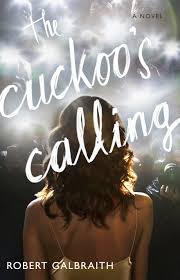 Even though J.K. Rowling’s book The Cuckoo’s Calling jumped to the top of bestseller lists, the lawyer who outed the author is not enjoying the success.

Lawyer Christopher Gossage revealed to his wife’s friend that author Robert Galbraith was actually Rowling, who penned the Harry Potter books. She let it slip and soon enough everyone else found out. Gossage has been hit with a £1,000 fine for breach of confidentiality, The Guardian reported.

So while some are reaping the success of The Cuckoo’s Calling (Rowling and Little Brown), one man has nothing but bad things come his way since.

It may not seem like a big deal on one side considering The Cuckoo’s Calling went on to sell tens of thousands of copies after the news broke. The book was idling before the revelation and likely wouldn’t have done much without the news.

However, a breach of confidentiality pretty much makes Gossage unemployable. As a lawyer, he seemed to break the one thing that is needed to be successful in the industry – trust. There are far too many lawyer jokes and how they can’t be trusted and no one likes them. This doesn’t help.

When it was revealed that Rowling was Galbraith, she was disappointed to have her name out there. Rowling wrote on her site for Galbraith:

“I was yearning to go back to the beginning of a writing career in this new genre, to work without hype or expectation and to receive totally unvarnished feedback. It was a fantastic experience and I only wish it could have gone on a little longer.”

According to the Guardian, it went even deeper than that. Rowling sued Gossage and his wife’s friend. Russell Solicitors, where Gossage worked, paid an undisclosed sum to the Soldiers Charity. She also donated all the royalties from the book to the same charity.

A new book from Robert Galbraith starring the same character is set to come out in 2014.