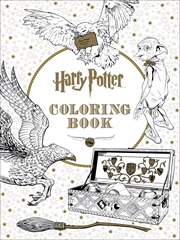 Adult coloring books may very well be responsible for saving the publishing industry (at least temporarily) from the scourge of e-books, but it turns out that not all is necessarily rosy. The Bookseller reports that UK tax authorities have abruptly decided to classify adult coloring books not as books, which qualify for a discounted VAT rate, but as “incomplete” books which need to pay the full 20% VAT (value-added tax, the European equivalent of “sales tax”) rather than the discounted VAT rate that applies to ordinary books and children’s coloring books.

This kind of bureaucratic snarl will be familiar to e-book fans, given that Europe has classified e-books not as books but as “electronic services” and charged full VAT rates on them, too. This in turn led to the VAT-MOSS mess which made selling e-books into Europe such a peril.

It seems like Europe just has a bureaucracy problem where books of all kinds are concerned. Hopefully they’ll get it all straightened out soon.