I was just looking back at a post I made in August of 2006—my first post here as a regular contributor, in fact. This came well before the advent of the Kindle, and was sparked off by a discussion of e-book piracy on the eBook Community email list. It’s interesting to look back on it in light of the sea change in e-book demand brought about largely by the Kindle, Nook, and (more recently) iPad.

The article was a discussion of the relative e-piracy situations between music, movies, and e-books. My thesis was that, at the time the article was written, the music and movie industries were worrying a lot more about e-piracy than the publishing industry, largely because there was relatively little demand for e-books at the time.

I looked at the philosophy of the Pirate Party, who admitted that file sharing could harm rights holders—but so could progress in general. They felt it was not their job to come up with a new business model for rights holders, but rather to make the flawed current system untenable so the rights holders would have to innovate. I also brought in some interesting survey results that showed significantly more teenagers believed it was legal to copy CDs or movies their friends paid for than ones their friends got for free.

And I compared the birth of piracy of music and movies to the state of e-book piracy. Whereas the music and movie industries immediately felt threatened by Napster and Gnutella, mp3 and DeCSS/DivX, book scans had been circulating on the Internet since well before Sean Fanning’s last haircut but—apart from certain irascible types—no one in the publishing industry seemed to feel threatened enough to take action. Why?

Because unlike e-music and e-movies, e-books currently fail to offer a compelling experience in comparison to their original format. Far fewer consumers want to read commercial e-books than printed books, let alone the “It Came from Planet Typo” scanned ASCII versions that make up the majority of peer-to-peer. Part of this is the “Tower of eBabel” that David Rothman likes to harp on, the confusing surplus of available e-book readers and file formats, but I would say a larger part is the lack of a high-resolution, high-contrast screen reading surface that is acceptable to the majority of readers. Add to this the poor quality of most illegitimate e-book scans (though they are getting better as technology improves) and you have the peer-to-peer equivalent of a “Someone Else’s Problem” field: the majority of readers barely even notice peer-to-peer e-books, because they’re just not anything they would be interested in reading.

I predicted that e-book piracy would not be seen as a major problem until we had such a “high-resolution, high-contrast” e-reader. And like magic, it was only a matter of months before the first Kindle came out. Now that we’re on the third Kindle, not to mention the iPad, we’re finally seeing that magic moment start to happen. Maybe they’re not as cheap as “a cheap transistor radio” yet, but they’re already dipping below the magic three-digit divider as sales and refurbs. Given a few more years, lower prices will come, too.

And book piracy is getting a lot more attention lately. When a New York Times ethicist discussed the ethics of downloading (or, by derivation, scanning) a copy of a print book one already paid for earlier this year, you would have thought he was advocating roasting puppies. Then in October, Adrion Hon at the Telegraph was surprised to discover just how easy e-book piracy really was (whereas I was just surprised it had taken anyone so long). Echoed by Nick Harkaway on FutureBook, he warned it was going to be a big problem.

It seems to me it’s playing out just as I predicted back in 2006. E-books are finally becoming convenient and desirable for the average person, taking off among the general public—and so is e-book piracy. And so are publisher fears of e-book piracy. (And for that matter, publisher fears of e-book sales. Just look at agency pricing; I would never have predicted that in 2006.) 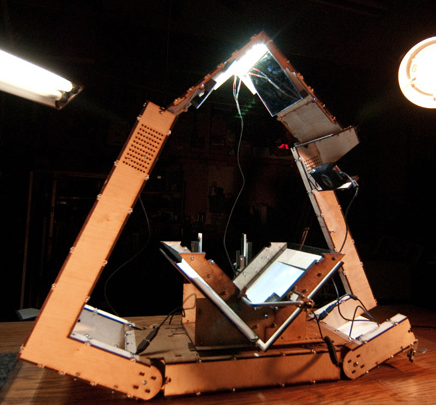 In the rest of the 2006 piece, I moved away from predictions and talked about the ease of scanning that promoted book piracy, and led to such things as illicit e-copies of the Harry Potter books, which the publisher refused to release legitimately “citing security concerns”, coming out literally within hours of the books’ print releases. Nobody has yet figured out a way around that particular problem; indeed, scanning has only gotten easier (especially with innovative do-it-yourself scanning rigs such as this one, this one, or this one). And someday it might be possible to scan a book with your cell phone just by riffling through the pages.

And I talked about the inverse relationship between piracy and obscurity, as remarked upon by Eric Flint, Tim O’Reilly, and others. We’ve seen a number of people trying further experiments in publicity, whether or not piracy (or legitimately free e-books) is involved—notably published authors such as Joe Konrath going over to Amazon and selling their titles directly as e-books at much lower prices and making much better royalty rates than through traditional publishers. And Baen has continued to give away freebies, and has continued to thrive even after the death of its founder. Perhaps these methods don’t rely on “piracy” for their success, but they do have a few things in common with e-books circulating for free.

But even then, I said that the e-book wouldn’t kill the print book in our lifetime, and I can’t see that changing. Whether the print book becomes primarily an object d’art (and presumably less attractive to people who just want cheap books now) or not, there are still enough of them around and they are still easy enough to manufacture and to read even in the most dire of circumstances that there will always be a place for them somewhere in the world.

Update: As if by magic, right after I posted this I saw a CNet report on a campaign by New York City to raise awareness of the job costs of Internet piracy (they call it “web piracy”. God I feel old).

Most of it is about music and movies, but there’s also this bit:

"I wasn’t aware that book publishing was being affected by illegal downloading before," [New York City commissioner of media and entertainment Katherine] Oliver said. "But I now know as reading digital books becomes more popular to read on different devices, piracy is moving into publishing. I think this is an international problem and we want to raise awareness."

That’s basically a recapitulation of my entire thesis right there. (Though, as with most commentators, she seems to think that it’s a new problem because she only just noticed it.)