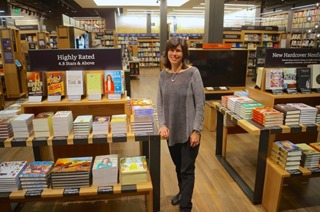 How is your nose working? Over any winter cold you might have picked up?

Well, good. I’d like to see if this bit of news passes your smell test, because it sure smells like limburger to me.

The Wall Street Journal is reporting on an offhand remark made by Sandeep Mathrani, CEO of mall operator General Growth Properties Inc., in an earnings call yesterday. In response to an unrelated question about mall traffic, Mathrani let slip, “You’ve got Amazon opening brick-and-mortar bookstores and their goal is to open, as I understand, 300 to 400.”

Mathrani didn’t elaborate on where he’d gotten that number. Neither Amazon nor GGP had any further comment when the WSJ asked them for one. The WSJ article’s paywalled, and unlike most paywalled Journal articles it doesn’t seem to be available in full via a Google redirect, but those are literally the only bits of actual news contained within said article. The rest of it gives background on Amazon’s one store in Seattle right now, and a few other remarks Mathrani said that might or might not be related to the Amazon story.

Let’s be real here. One mall company CEO dropped what might be a bombshell about Amazon if it’s true. There is literally no corroboration whatsoever of it. Just one single solitary source, from a company I’ve never heard of that seems to own a few dozen malls or so nationwide. And it seems remarkably strange, given how secretive Amazon is, that he would just…come right out with it like that. Especially if he seriously expects his company to benefit from Amazon opening said stores. Are they going to do business with someone who just shoots off his mouth like that?

The idea that Amazon might open a bunch of mall bookstores isn’t exactly a shock. There’s been rampant speculation about it ever since it opened the one store—because certainly if it did go into full-fledged competition with Books a Million (225 outlets) and Barnes & Noble (640 outlets), that would change the entire shape of the bookstore market.

Does that mean it actually is going to? It seems doubtful. Indications are that Amazon has largely been using the store for gathering data on consumer shopping habits, and has been stocking it from local warehouses. Amazon doesn’t need 400 stores to gather consumer information, and doesn’t have that many local warehouses that it would suddenly go full tilt into running literally hundreds of stores across the country.

What’s more, the kind of effort it would take to go from zero to 400 stores is nontrivial. It would take years, and Amazon wouldn’t jump into it on the spur of the moment. And they wouldn’t tell some random mall CEO who doesn’t even own that many malls about it to begin with. I could be wrong, but this story seems highly dubious.

If this uncorroborated, single-source, detail-light news story was about any other company, it probably wouldn’t even be mentioned. It’s only getting play in the Wall Street Journal at all because it’s about Amazon and it might be true.

But watch for everyone else to make a big deal of it as if it were actually news. Independent bookstores, traditional publishers and their authors, and the organizations who (claim to) represent them will be all “Oh noes! Gloom! Doom! Monopoly!” While everyone else will be, “Meh. I order from them online already, so what’s the difference?”

My best guess: Mr. Mathrani might have heard a rumor from someone else that made him jump to a conclusion—or else he just took a wild-assed guess. Either way, I’m guessing that he thought it would be fun, and perhaps good for business at his company’s malls, to get his name in the paper. (A Passive Voice commenter points out that Mathrani’s company is in a little financial trouble, which is additional incentive to become suddenly popular.) So he came out with a corker of a story that they couldn’t resist. Amazon, secretive as it is, would naturally neither confirm nor deny it, so he can basically say whatever he wants. If there should be any trouble, why, he was just making a guess, and the papers misinterpreted.

But watch for a round of panicked pundits to vent more Amazon blather anyway.