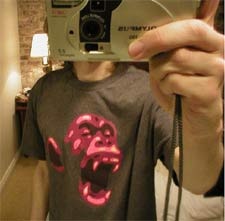 Editor’s note: Rob Walker is the sort of writer whose name you may not be familiar with, but whose work you’ve almost certainly encountered—at least once or twice, if not dozens of times. Walker is also an incredibly prolific creator of content, but he’s probably best known as the author of “Consumed,” a legendarily quirky New York Times Magazine column about marketing and the culture of American consumption.

Earlier this year, Walker compiled a selection of “Consumer” columns into e-book form as something of an experiment. In the following post, which originally appeared on Observatory, the blog of the Design Observer Group, Walker takes a look at the surprising durability of digital goods.

We’ll be interviewing Walker soon about his e-book creation project. If there’s anything in particular you’d like us to ask him, post a question in the comments section below.  (This Consumer Heaven is available in the Kindle Store for $2.99.)

Digital things seem less durable than physical ones. Having written both online and off for years, I’m familiar with the bias: A piece for a Web publication, written to to be relevant in real time, vanishes into the archives quickly, while a magazine piece hangs around for a week or a month. But that’s misleading. I still get the occasional email about stuff I wrote for Slate a dozen years ago. I seriously doubt anybody is still stumbling across things I wrote for print back then. The digital can be disconcertingly durable.

So what? Well, I think anybody who makes digital things—this post is a digital thing, made of words, but that’s just one form of digital object—probably ought to think about how surprisingly, and perhaps unintentionally, durable they can be. This issue has nagged at me since I spent time reporting a story about Radiolab a while back. That show airs on the quintessentially ephemeral medium of radio, but it actually has more listeners by way of its digitally durable podcast. This fact guides producer Jad Abumrad’s labors to make the thing feel timeless.

Not everybody has the luxury of working the way Abumrad works, of course. The digital imperative for nowness is mighty and real. But here’s the thing: Even when digital durability isn’t a choice, it can be a reality. The article I wrote about Radiolab, to cite a handy example, is more than a year old, and presumably its physical iteration has disappeared from even the most slothful dentist’s waiting area by now. Its digital iteration, however, remains at the ready for Google searchers to encounter on the Times web site; one might also discover it through Longform.org or Byliner.com, two entities that both contribute and owe something to digital durability. The point is that digital durability comes into play not just by intent, but also, often, by default.

Recently I picked 55 of my favorite Consumed columns, wrote an introduction, and put the collection up for sale on Amazon.com as an e-book (for the Kindle and Kindle apps on other devices) titled This Consumer Heaven. Delusional self-regard does not fully explain this action. Making an e-collection was also simply a DIY-ish experiment: I wanted to see if I could do it and how hard it would be. And more to the point, it was an exercise in trying to manage digital durability.

The starting point in thinking about whether my favorite Consumed columns deserved to be preserved was: They already are. All I did was organize a selection into a more convenient and user-friendly form, adding some links and a handful of updates.

And delusional self-regard aside, I wanted to execute this very modestly, to keep the stakes (and thus the price) low. I do not think of the result as an alternative to a physical object, and did not approach it as such. It’s a different category of thing that can exist only on the newly extended continuum that digital durability makes possible. A different sort of object might have entailed working with paid professionals to edit, proofread, design, technically massage, otherwise perfect, and maybe even promote it. For that matter, a different sort of project might have needed to result in a physical book, a form of object I still very much believe in.

I wanted to keep this simple, and it was—mostly. A friendly volunteer helped with a couple of technical stumbles probably attributable to my ancient version of Word. I announced a sort of beta-test on my mailing list recently, and there have since been enough downloads to make me fairly confident that the experiment is working out fine.

I’d encourage more such experimentation, since lots of people of people make lots of digital things these days, and there’s no shortage of alternative strategies using different tools to manage (rather than just accept) their durability. I’m certain that others more clever and technically adept than I am can come up with other solutions. But what I’ve concluded is that digital durability is an opportunity. And I think can be boiled down to: This stuff is already here; can I make it be here in a better way?

Rob Walker is a contributing writer to The New York Times Magazine and the author of Buying In: The Secret Dialogue Between What We Buy and Who We Are. His writing has appeared in many magazines and newspapers.