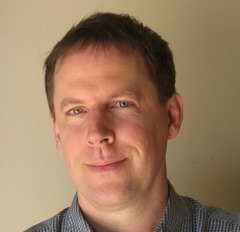 I wasn’t quite able to attend Mark Coker’s BEA presentation on the ten trends transforming the future of publishing. But Coker sent me the extremely detailed slide deck he used, and there’s plenty in the slide deck that bears consideration.

Coker begins with the disclaimer that he loves both self-publishing and traditional publishers, literary agents, and everyone else who brings value to books. “We’re all in this together,” he points out. Then he discusses the 2004-2005 origin of Smashwords in his failed attempt to publish a novel by himself and his wife. After publishers everywhere rejected it, Coker realized that publishers were simply unable to take a risk on every author—but he could create a free publishing platform what would let him say “yes” to every writer. And so Smashwords was born.

Smashwords allows writers to upload their material once and reach many of the most popular e-book distribution networks, including iBooks, Smashwords, Kobo, Overdrive, Barnes & Noble, Scribd, and more—as well as limited distribution to Amazon. It has grown from publishing 140 titles in 2008 to publishing 388,100 titles in 2015. With Coker’s bona fides thus established, he then proceeds to discuss the ten trends he sees.

The first is, of course, the rise of e-books. “Screens are the new paper,” Coker declares, and a bar graph shows how e-books have grown from a decimal fraction of a percent of the market in 2002 up to over 25% of the market in 2015. He’s still more bullish on e-books than Codex’s Hildick-Smith, and expects e-books to eclipse print sooner or later. He goes over reasons screens offer a better reading experience and e-books offer a better consumption experience than paper—reasons we’re all familiar enough with already.

The second trend is that publishing has become democratized. Whereas not so long ago publishers were gatekeepers you simply couldn’t bypass, the new era of self-publishing means that everyone effectively owns a digital printing press. Publishers are losing their monopoly as authors begin to decide whether to go it alone.

The third trend is that e-books are going global. Many of the major retailers are expanding into multiple countries, and Smashwords is available in 200+. The chart says that 40% of Smashwords/iBooks sales are global.

Trend four is the rise of indie authorship. “From this day forward, all authors are indie authors,” Coker states. “Authors have the freedom to choose self-publishing, traditional publishing, or both (hybrid).” The democratized access to tools and knowledge means they can “publish with pride, professionalism, and success” whether they’re indie or traditionally-published.

Indie vs. Traditional should not become a religious war, Coker adds, because both options are worthwhile and make for a more vibrant publishing ecosystem. Nonetheless, self-publishing has advantages in speed, flexibility, creative control, and rights retention. Plus, independent authors can earn over four times the percentage of their list price on each book sold as traditionally-published authors can.

Coker wraps up this point with a chart showing the relative performance of e-books at various price points, concluding that books priced between $2 and $3.99 have the best overall performance, followed closely by 99 cent-or-less titles.

The fifth trend is that indie authors are hitting all the bestseller lists. Indie books are showing up on the bestseller lists of every retailer, as well as the New York Times and USA Today lists each week. Someday, Coker posits, most bestselling e-books will be self-published. Independent authors are gradually stealing market share away from the traditional publishers.

Trend number six is that the previous stigma of self-publishing is disappearing. It used to be that “vanity publishing” was considered the realm of con artists, but now more and more writers are aspiring toward independent publication. Romance and genre authors especially are finding success in the indie field. Even some hybrids, such as Jamie McGuire, are leaning back toward self-publication. Now the disadvantages of traditional publication are starting to become stigma of their own—and vanity publisher Author Solutions has harmed the reputation all publishers.

The seventh trend is the glut of high-quality, low-cost e-books. E-books are cheap to publish, cheap to sell, and can remain around forever because there’s no need for them to go “out of print.” When supply outstrips demand, authors and publishers sell fewer books on average, and price competition ensues—which means that traditionally-published e-book authors are suffering due to high publisher prices.

Here comes the really interesting part. Trend number eight is that Amazon is exploiting this glut to drive the massive devaluation of e-books—with Kindle Unlimited as the tip of the spear. Coker points out that, thanks to Amazon’s KDP Select program, it has exclusive access to 1.3 million e-books, and Kindle Unlimited means it can dump them on the market at below-market costs. Once someone has subscribed to Kindle Unlimited, after all, all those books are effectively “free” to read.

Coker compares Amazon’s exclusivity terms to a gun to the head of authors: “Go exclusive and we’ll give you preferential tools, discovery and sales advantage—or, go wide (distribute everywhere) and we’ll bury your books.” The ironic dilemma, Coker notes, is that KDP Select (which powers KU) is almost entirely powered by indie authors—authors who are surrendering their independence by enrolling in KDP Select.

The ninth trend builds on this by noting that Kindle Unlimited is undermining the market for single-copy sales. “With KU, Amazon is training the world’s largest community of readers to consume books for what feels like free,” Coker says. When you can read 1.3 million e-books for free, why pay even 99 cents for a single title?

Coker wraps up with trend ten: indie authors are writing the next chapter of this industry. The power center in publishing is shifting from publishers to authors, he says, because authors decide when, where, and how they publish. The next two years are crucial, because the decisions authors make are going to shape the course of the industry for a generation.

Coker compares Amazon to Wal-Mart, who drew much fire for destroying small-town businesses, but never had any trouble finding willing customers who simply wanted the best deals they could get. Amazon could do the same thing, Coker says. While Amazon “merely feeds our gluttony,” the power we give it through purchasing exclusively from it means Amazon can relegate authors and publishers to “the status of community producers—tenant farmers tilling Amazon soil.”

Authors and publishers need to tame the Amazon tiger, Coker warns, by saying no to exclusivity and by developing alternative sales channels before it’s too late. Publishers need to reinvent themselves because the success of both KDP Select and Smashwords are signs publishers simply aren’t meeting authors’ needs. They need to recognize they are mainly service providers to authors, and should learn from self-publishing so that they, too, can learn to say “yes” to every author.

Coker concludes by calling on authors to say “no” to those who would seek to steal their independence, and not to self-limit their opportunity by entering into exclusive deals. The future of the e-book market could depend on it.

The presentation was very interesting, and I can certainly see where Coker is coming from. Now that Amazon is the proverbial 800-lb gorilla, it is absolutely stating to throw that weight around. And why wouldn’t it? In capitalism, companies are run on a profit motive, not out of the goodness of their own hearts. It’s just the same for Smashwords—I’m sure that if Smashwords was the big guy and Amazon the little guy, Coker would be making many of the same decisions as Bezos is now in order for Smashwords to stay on top. That’s just how it works.

That being said, though, Smashwords isn’t the big guy, and Coker does have a point that it wouldn’t be a good thing in the long run for Amazon to have everything its own way. But realistically, how is he going to stop it? A boycott requires enough people to take part in it to make a difference, and that’s a pretty rare thing for boycotts—especially boycotts of big companies. When faced with the prisoner’s dilemma of foregoing short-term advantages to themselves in favor of long-term advantages that can accrue only if most other people also forego those short-term advantages, how many people are going to be willing to give those short-term benefits up in favor of longer-term benefits they might not ever get?

Wal-Mart isn’t exactly in any danger of going belly-up, even after decades of being known for killing off smaller stores wherever it goes. I have a hard time imagining Amazon’s story will turn out any differently—though for authors’ sake, I hope that it does nonetheless.

Correction: I originally said Jamie McGuire was leaning back toward traditional publication. Freudian slip, and exactly the opposite of what I meant to say. Whoops!