The idea of throwing in a free e-book copy with purchase of a printed book is one that a lot of book fans have long said they’d like to see publishers try. Well, now one is—though it’s a comic book publisher. Marvel has posted an article on its news blog announcing that, starting in June 2012, it will be bundling digital codes with all $3.99 Marvel comics—flagship titles such as Avengers, Captain America, Amazing Spider-Man, and others—that will allow download of the same issue in the iOS and Android Marvel Comics apps at no additional fee.

Marvel already bundled such codes with its “Ultimate” comics line and “Season One” graphic novels, and has apparently had enough success with it that it’s expanding the program.

“At Marvel, we’re always looking for ways to bring the worlds of print and digital media together to deliver the best comics experience for our fans,” said Peter Phillips, SVP & GM, Marvel Digital Media. “With this next step, fans will soon be able to buy their comics from their favorite retailers but also enjoy them on their mobile devices and tablets, all at no extra charge. Welcome to the Revolution.”

If this works out, it may be a stroke of genius. We’ve already reported on how threatened traditional comic shops have felt by the rise of digital comics, in much the same way as bookstores have been threatened by Amazon. But unlike the print publishers, Marvel doesn’t seem to see digital and print editions as being separate revenue streams.

So this is a way to keep the comic stores happy by giving even people who prefer electronic a reason to buy print—and a way to entice print fans to look at the electronic versions and perhaps consider buying no-longer-available back issues that way. Pretty clever.

It also seems to be a lot more more progressive take on digital comics pricing than DC has been doing. 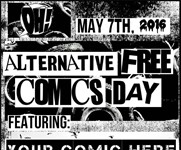 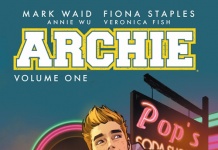