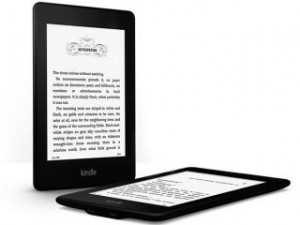 The last time I wrote an article for Teleread on the whole Amazon business, my message was a simple one: if you want to compete, compete! Do a better job. Make a better website, a better store, a better product. Do a better job than Amazon does.

I got another tiny example today in what exactly that means. Just a small little moment of elegance, a feature nicely done which showed me why Amazon is the market leader in this area. I had downloaded a sample and was reading it, and I decided I wanted the book. I called up the menu, and there as a button right there to buy it. I didn’t have to even leave the sample to go to the store section. It was just ‘tap, and buy.’

Okay so far. Better than Kobo—you do have to leave the sample to buy it, or you did the last time I tried to buy a Kobo book. But it gets better. Amazon downloaded the book in the background while I was in the sample. And then they somehow transferred me into the book itself, exactly where I had left off. I didn’t even notice  blip or flicker in the screen! Suddenly there was a little pop-up telling me I was reading the book now, and I just carried on with it. Then when I did finally venture back to the home screen, I saw that the sample had been automatically deleted for me, the full book was there and I could go about my merry way.

Slick, Amazon. Very slick. And that? That’s why they are winning this game right now. Why isn’t anybody else making it this easy?