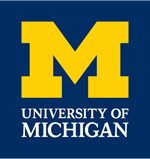 The dictionary definition of “library” reads, “a building or room containing collections of books, periodicals, and sometimes films and recorded music for people to read, borrow, or refer to.” As far as colleges are concerned, that may be undergoing an update. The Toledo Blade carried a story on the University of Michigan reopening a medical library without any books in it.

“Today’s library can be anywhere, thanks to technology, yet there is still a desire for a physical location that facilitates collaboration, study and learning,” Jane Blumenthal, associate university librarian and Taubman Library director, said in a statement.

The books were moved about two years ago, before construction began. The library includes a realistic simulated clinic and medical students will work with those studying public health, dentistry, pharmacy, social work, nursing and kinesiology — much like they will in their future careers.

The Passive Voice and The Digital Reader chime in with discussion.

It actually does make a lot of sense, especially when you consider the needs of a specialist scientific library. Books on ever-advancing scientific fields are out of date practically as soon as they’re printed. At least electronic material can be kept more current, freed from the prison of wood pulp.

To a lesser extent, this is also true for academic libraries in general. A close friend who is an academic librarian in southern California tells me that almost half of his library’s collection is already electronic, and monthly circulation is generally about a thousand or less—and one of his university’s for-profit competitors has an all-electronic library.

The idea of the bookless library isn’t exactly uncommon in general these days. TeleRead has already posted a number of “bookless library” articles itself. Though if the library has electronic books in its collection, could you really call it “bookless”? Leaving aside all the breathless “look Ma, no paper!” amazement, that’s kind of like saying someone who has an extensive collection of Kindle titles doesn’t own any “books.”