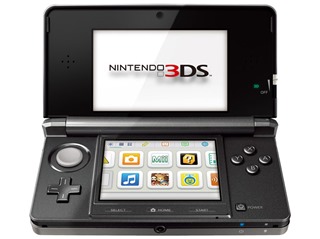 As tablets taper off, smartphones move into productivity tasks, and e-ink reader sales dwindle dramatically, they aren’t the only devices being affected by the new mobile reality. Another shifting market sector might be just a bit unexpected, and have possible implications for e-books.

While Ars Technica might be a little too free with the term “cratering,” it notes that sales on the latest iteration of Nintendo handheld game console, the 3DS, are considerably lower than Nintendo’s prior generations of handheld have been at this point in their life cycles.

Back when handhelds were in their prime, they were basically the only hand-held electronic gadget kids could expect to get their hands on. Cell phones were still ridiculously expensive, and kids didn’t have any reason to need them anyway since few other kids would have had them. (Nokia tried to create a combination handheld game console and feature phone, the N-GAGE, but it was well before its time.)

You even saw some homebrew and later official e-book reading applications and public domain e-book cartridges released for them, just because they were a way to get e-books into kids’ hands somehow. (And later, Nintendo talked about adding other e-reader functionality and released its own children’s e-reader.)

But that was before smartphones came about, and social networking and chat pushed them into the hands of teenagers who wanted to chat with their online friends. And when you have a smartphone, you naturally start doing a lot of gaming. And if you do most of your gaming on your phone, why are you going to want to haul around another gizmo that can’t do as much?

Nintendo has another handheld console in the offing, the NX, which may be a portable/console hybrid of some kind. But if that fizzles, it might finally be time for Nintendo to see about making the transition to a software company. We’ve already seen some hints it may be starting to look in this direction, given its recent partnership with Ingress developer Niantic to create a geolocation-based Pokémon augmented reality game, Pokémon Go. (Niantic just closed a $5 million seed funding round the other day, and added Spectrum Holobyte founder Alsop Louie to its board.) Nintendo has also announced some other free-to-play games for mobile platforms, starting with a title called Miitomo.

Smartphones and tablets aren’t necessarily the best fitted for playing the sort of games that have been consoles’ bread and butter. Touchscreens can only go so far in simulating physical controls. However, there are plenty of Bluetooth game controllers out there, such as the MOGA Pro Power controller I use.

If Nintendo were to go whole-hog into software, perhaps it could create its own Nintendo-branded Bluetooth controller to use with people’s phones. Perhaps it could even create its own self-branded Android smartphones, with special parental lockout features built in to let parents restrict cellular use while still allowing gaming.

If Nintendo were to throw its custom handheld hardware business over in favor of commodity mobile, it could be a great boost for smartphones amongst the younger generation. Which, in turn, could be a great boost for getting e-books into kids’ hands. Whether Nintendo supports e-reading or not, it’s always going to be easier to read e-books on a multi-use platform rather than one designed specifically for gaming.

Even if this did eventually happen, however, it will probably still be several years away at least. Nintendo’s NX has to come out and fly or fizzle. But after that, we’ll just have to see.