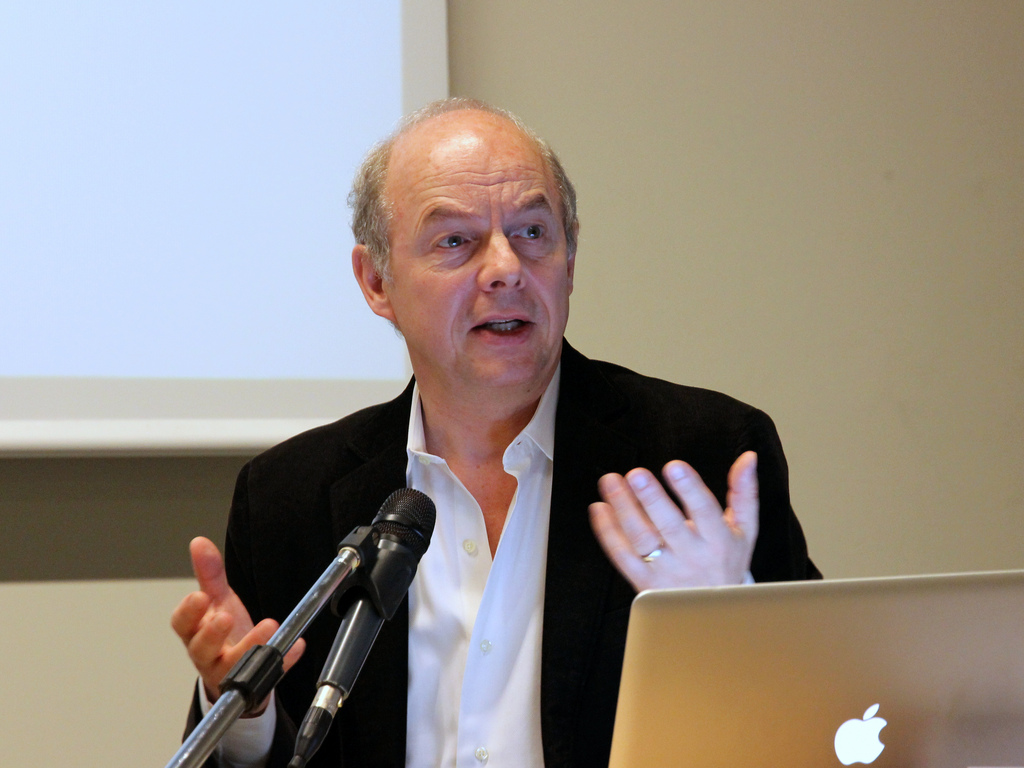 I attended a couple of fascinating lectures by William Uricchio, Professor of Comparative Media Studies at the Massachusetts Institute of Technology, at the Center for Media, Data and Society, part of the School of Public Policy at Budapest’s Central European University. The lectures, in principle focused on developments in virtual reality and journalism respectively, in practice ranged far wider, over huge areas of the media landscape, including Big Five publishing, printed books and ebooks, and the authority of the text.

Revenue from Virtual Reality and Augmented Reality could reach $120 billion by 2020, according to one forecast. And players from Big Media and Tech are part of the game.

“The amount of money going into this space is ridiculous,” Uricchio himself said. And Big Media has plenty of resources and plenty of assets. As he pointed out, 80 percent of global media assets have aggregated into the hands of just six conglomerates. This is an unprecedented degree of concentration of media ownership, and the combination of that concentration and the pace of technological development could be extremely worrying in a space where Uricchio warns there is insufficient consideration of the “potentials for good and evil” in these innovations.

That said, Uricchio also sees modern Big Media as an organic development of a world-view around since the 16th century but especially strong since the late 19th, which prioritizes the fixed, authoritative text. Emerging around the same time as the mathematical perspective that fixes the world visually in the same way that it does textually, the early modern canonic text is, according to Uricchio’s thesis, the residue of a tradition that has “privileged cultures of authorship, authority, and textual stability.” Ebooks and modern forms of collaborative fiction can be seen as an antidote to this view, because they are open to constant revision and reshaping, mutable and expansible. And Uricchio sees the collaborative approach to creation evolving in projects like community journalism, with a civic focus, which may succeed in taking power away from both traditional and new authority structures.

That’s just a very brief gloss on the many themes in this very complex debate. And Uricchio is pointing to a very active space with a great deal of money going into it – and new capabilities and potential for power and control developing very fast.