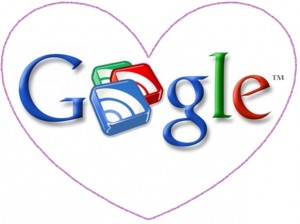 We’ve all heard by now about the upcoming death of Google Reader. Our own Chris Meadows, in his write-up, has even thoughtfully offered some alternatives for those who, like me, are suddenly scrambling to fill the void. But to my surprise, reactions around the Web have been decidedly mixed. Many, like me, had that first ‘OMG!’ reaction, but then on second thought, weren’t too sad at all.

Some even saw it coming …

For instance, in this write-up at GigaOM, one of Google Reader’s own creators says the writing was on the wall from day one:

‘When they replaced sharing with +1 on Google Reader, it was clear that this day was going to come,’ he said. Wetherell, 43, is amazed that Reader has lasted this long. Even before the project saw the light of the day, Google executives were unsure about the service and it was through sheer perseverance that it squeaked out into the market.

Over on Techdirt, meanwhile, Mike Masnick wonders if the end of Google Reader might spell the end for other Google services, too: He wonders how many people use some Google services just because everything else they do is there already. The death of one service, he suggests, may lead to Google’s exploration of killing others elsewhere. “I’m now planning to do a more serious personal audit of services I use and how reliant I am on a single provider, and start making sure I have working alternatives in place and ready to go. In the end, this will certainly make me a lot less tied to Google’s services, which is probably a good thing, but probably not the sort of thing Google is hoping its users will be doing.”

Meanwhile, over at Forbes, they  tried to put a positive spin on things by highlighting the opportunity which exists for an indie service to rise up and scoop all the Reader refugees: “Google’s strangely tone deaf move could mean huge upside for others, however—if RSS survives the hit.” Already, as Chris Meadows noted on this site, Feedly is offering to clone the Google Reader API so that users can enjoy a seamless transition.

In trying to pinpoint just where this ‘decline’ in usership that Google blames has come from, several bloggers did acknowledge that the times have indeed a-changed. Masnick claims to get all his news off Tweetdeck now. The San Francisco Chronicle blames Twitter, too. Personally, I never did catch on to Twitter completely; I may have to rethink that now. But after my first horrified ‘OMG!’ was over, I realized that my Reader feeds actually fell into three categories:

• Blogs I regularly check for TeleRead-related news: there are maybe eight of these; easy enough to bookmark and check manually, I guess. I often found that when I was short on stories for the Morning Links (I don’t like posting more than one from any source in the same recap), I’d just do a Google News or Yahoo News search anyway. The RSS feeds were far from my only source.

• Blogs about food or decorating. Most of these post to Pinterest now; I was duplicating work by checking the blog and then looking on Pinterest. I can cut out that extra step now, I suppose. Blogs that reply on page views for advertising might take a hit, but it will certainly simplify things for an end-user like me who can just pin and go.

• A handful of news blogs, mostly just to get website updates. I can bookmark these too, I guess. Even my Beloved, who let out the same horrified gasp I did when he heard the news, said that on reflection, if he cuts out the ones he follows on Twitter as well, he’s looking at maybe a dozen sites. Of course, he has a photographic memory so he can just type in the URL and visit them all.

So, now I’m wondering. Do I need a new news reader after all, or do I just need a service that lets me save bookmarks and access them on the go? Do I need to figure out how to use Twitter properly? Or is the function of RSS feeds in my news-reading life truly so irreplaceable that I’ll need to find another service?

I won’t make any decisions yet; I want to see how this all plays out. Maybe Google will change its mind, now that it’s seen the public reaction. Maybe someone else will buy the service and continue running it. We have a few months to see how this develops before we decide what to do with our stuff. I’m going to see how it goes.