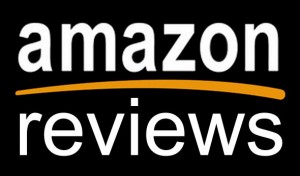 Amazon Adds New Review Options Via Drop-Down Menus (Self-Publishing Review)
If you’ve tried to review a book on Amazon recently, Amazon has added a few options for users when reviewing a book via drop-down menus.
***

Does Patent Licensing by Patent Trolls – Or Anyone – Serve A Useful Purpose? (Techdirt)
The paper also provides yet more evidence that the 1980 Bayh-Dole Act, designed to encourage the commercialization of research results through licensing, actually turns universities into patent trolls — something that Techdirt has discussed before.
***

Duolir Lets You Read a Dual-Language eBook With Instant Translations (Ink, Bits & Pixels)
Yesterday a friend on Twitter pointed me at Duolir, an iOS app which offers an instantaneous translation feature.
***

New Dr. Seuss Museum to Open in Massachusetts (GalleyCat)
The directors behind the Springfield Museums intend to launch a new cultural institution in honor of Theodor Seuss Geisel.
***