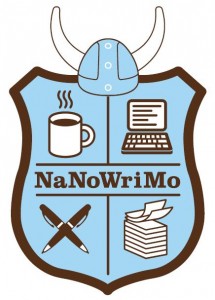 A Special Storybundle: Writing Tools for NaNoWriMo (Storybundle)
StoryBundle.com has put together a massive batch of useful books that will help you survive—and thrive—during National Novel Writing Month. Twelve books on writing craft, productivity, and business—by eight bestselling writers, a TV producer, and more. And you name your own price.
***

Print Books Outsold Digital Books During the First 6 Months of 2014 (GalleyCat)
Nielsen Books & Consumer has released the results of a recent survey focusing on book sales from the first six months of 2014.
***

Kindle Daily Deal: Sisters of Treason (and others)