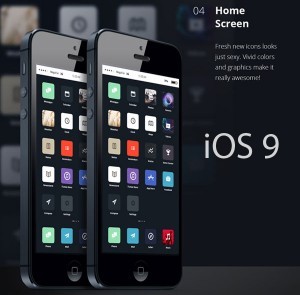 TeleRead Take: I had thought all the hoopla last week about “no more ads on iOS browsers” might have been overblown. Looks like I might have been correct. We’ll see as the API goes into wider use.
***

Should You Fix That Broken Gadget or Just Buy a New One? (Lifehacker)
Sometimes fixing a dying laptop, cracked screen, busted motherboard, or blinky game console is almost as pricey as buying a new one. When that happens, you have a pretty tough decision to make: Do you stick with what you’ve been using and love, or get something shiny and new? Here’s what you should consider before making the choice.

TeleRead Take: I usually opt for replacing because nothing says happiness better than a shiny new gadget. At least for me.
***

‘The Overselling Of Self-Publishing’: New Perspective (Thought Catalog)
Here in New York City where BookExpo America (BEA) is holding the focus of many in the traditional publishing establishment, a friend and I were finishing lunch at Café Luxembourg when the waiter approached.

“I overheard you guys talking about publishing,” he said. “I wondered if you could give me any advice about self-publishing versus the regular way. What I really want to know is can I just go ahead and self-publish first?”

TeleRead Take: Folks on Twitter were pretty down on this article, but I’m not sure I agree. The main thrust of the article seems to be that choice is good, which echoes Kris Rusch. It also discusses how some authors rush too soon to self-publishing. While I’m not a fan of jumping through all the traditional hoops, I can’t say it’s entirely wrong about that either.
***

iOS 9’s Split View for iPad is everything you hoped it would be (Cult of Mac)
When iOS 9 rolls out to the public this fall, it’ll be iPad users that appreciate it most, thanks to the many improvements Apple has made to multitasking. One of the biggest is Split View, a feature that’s exclusive to the iPad Air 2, which lets you run two apps side-by-side — just like you would on your Mac.

TeleRead Take: Could my iPad 4 just break already? I’ve said for the last couple of years that I will keep using it until it breaks or an awesome new iOS feature comes out that it can’t run. This might be it.
***