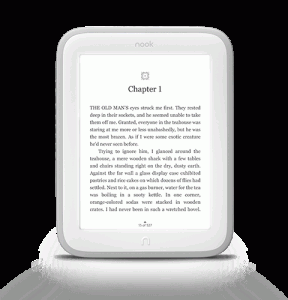 Barnes & Noble Launches Nook Glowlight in UK (GoodeReader)
Barnes and Noble has just launched their Nook Glowlight e-Reader in the UK for £89. It will be available this week at Argos, Currys/PC World, John Lewis, Sainsbury’s, ASDA and bookshop chain Foyles.
***

More than 20,000 People Are Now Suing Facebook in Europe Over Privacy (GigaOM)
An Austrian “class action” suit against the social network is proving very successful in picking up participants — so much so that the suit’s organizers will soon impose a cap so they can process applications.
***

Kensington Publishing Spent 1.5 Years Negotiating 1 Year Amazon Contract (GalleyCat)
Hachette and Amazon have spent months trying to negotiate a deal, which still seems to be miles away. How long will the negotiations be going on? It could be a while yet.
***

Kindle Daily Deal: Undercurrents (and others)