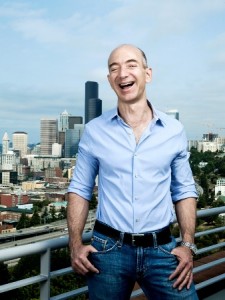 Amazon Releases First Portuguese Language Kindle Single (The Digital Reader)
Amazon got a lot of attention (both positive and negative) last week for their latest Kindle Single Interview featuring Barack Obama, and it looks like they’re not through. I’ve just learned that Amazon has released a new Kindle Single today. It’s a Portuguese translation of the Obama interview, and from what I can tell this is the Amazon’s first Kindle Single in that language.
—
Five Things Jeff Bezos Should do to Reinvent the Sinking Ship That is the Washington Post (GigaOM)
Will Jeff Bezos leave the Washington Post alone once he takes control, or will he use it as a research lab for reinventing the newspaper? Here are a few things he should do if it’s the latter.
—
The Curious Case of the Cuckoo’s Calling—Why it Wasn’t a Success Before We All Knew JK Rowling Wrote it (Book Riot)
In the wake of JK Rowling’s lawyer blabbing to friends and sundry that she wrote The Cuckoo’s Calling under the pseudonym Robert Galbraith, there appears to be a bit of an obsession on the internet (mostly by other authors) over why The Cuckoo’s Calling wasn’t more successful prior to the announcement.
—
Kindle Surprise and Disappointment (The Guardian)
Switching from real books to ebooks was surprisingly painless. But the pleasure of reading is too often spoiled by careless presentation.
—
Kindle Daily Deals: Childhood’s End by Arthur C. Clarke [famous, but one of the most depressing books I’ve ever read. –CM], Gandhi: A March to the Sea by Alice B. McGinty, two others.