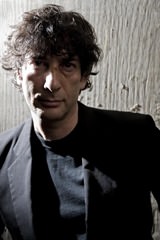 One of the great things about digital goods, such as e-books, is that they’re easy to use for charity fundraising projects. After all, there’s effectively no marginal cost to duplicating  them, so you can make ten thousand as easily as you can make ten. The Humble Bundle has raised a lot of money for various charities that way.

And now, in cooperation with Neil Gaiman, it’s about to raise some more. Gaiman posts to his blog that his charity, the Neil Gaiman Foundation, has about used up its initial endowment, and it’s time to put more money in. Remembering how well the Humble Bundle worked the last time he took part, he decided to see about putting one together himself.

This Humble book Bundle collection is a bit out of the ordinary, though. (Which you should expect, since, after all, it’s Gaiman.) Rather than a run-of-the-mill collection of popular titles, Gaiman is throwing together a collection of rare and hard-to-find obscure works, many of them never republished before. There’s the 1984 book he wrote on Duran Duran, his first published work. There are collections of speeches, essays, and lyrics. There are comics, and even an annotated Babylon 5 episode script.

As with most Humble projects lately, it is divided into three tiers: a pay-anything tier, a $15 tier, and a beat-the-average tier. The average is up to $19.18 so far, and will probably only rise further as this offer goes on, given all the people willing to kick in large amounts of money. (In fact, this rather surprised Gaiman, as he revealed in another journal post—he hadn’t expected so many people to kick in so much that it raised the average price higher than what he thought would be the maximum price.)

The Bundle also allows purchasers to split their money between the works’ creators and charities—in this case, two Gaiman-supported charities, the Comic Book Legal Defense Fund and The Moth Education Program. Gaiman will also be donating any money that comes back to him as part of the Bundle directly to the Gaiman Foundation. (Given that many of the works are co-authored, not all the money earmarked to “creator” will be going to Gaiman.)

The bundle is available for just under two weeks, so if you’re interested, be sure to kick in. After all, it’s for a good cause.

There are more details about the Bundle in a Neil Gaiman interview with The Nerdist, and on a Reddit AMA with his daughters, Holly and Maddy.