Scholarly research recently published in Current Biology under the title “The Role of Reward in Word Learning and Its Implications for Language Acquisition” suggests that the pleasure principle is a key factor in language learning – with the relevant areas of the brain both linked to pleasurable rewards (including sex) and using those linkages to increase brain integration and function.

“Our results showed that adult participants exhibited robust fMRI activation in the ventral striatum (VS)—a core region of reward processing — when successfully learning the meaning of new words,” the summary of the research stated.  “Moreover, the VS showed enhanced functional and structural connectivity with neocortical language areas during successful word learning. Together, our results provide evidence for the neural substrate of reward and motivation during word learning.”

According to further details of the experiments, conduct4ed by researchers from the University of Barcelona, the Bellvitge Biomedical Research Institute (IDIBELL) and the Otto von Guericke University Magdeburg, “researchers carried out an experiment with thirty-six adults who participated in two magnetic resonance sessions.” The resulting NMR imagery compared their brain activity while learning a new word and while participating in a gambling game.

“The meaning of a new word activates reward and motivational circuitries like in gambling activities,” the summary continued. “Moreover, it was observed that word learning produce an increase of brain activity synchronization between the ventral striatum and cortical language regions.”

So if you ever needed more motivation to increase your word power, there you go. It’s certainly safer than either drugs or even sex … 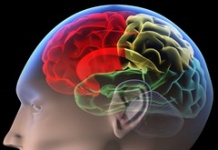 Does reading e-books harm our brains? I doubt it