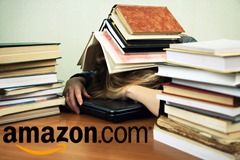 New York City’s Department of Education has proposed a $30 million deal for Amazon to create an e-book marketplace for its 1,800 schools. The deal was originally proposed last year but stalled after advocacy groups complained the plan was not sufficiently accessible to blind or visually impaired students. The new plan has been revised to address those concerns, with involvement from the National Federation of the Blind.

If approved, the contract will be $30 million for three years, with an option to renew for two more years at $34.5 million. Amazon will not charge the city for creating the marketplace, and earn a 10 to 15 percent commission on the Department of Education’s content.

According to the city, an e-book marketplace for its 1,800 schools will help the department cut down on the decay and loss of physical books, along with space problems associated with storing hundreds of them in schools.

And, education officials said, an online marketplace will prevent any one book publisher from monopolizing book deals.

The proposal will have to be approved by a vote of the Panel for Educational Policy next month before it can go into effect. If it is approved, it will be phased in over the next five years, beginning this fall.

I find it interesting that accessibility to the visually-impaired was a sticking point for the deal. TeleRead readers will be familiar with David Rothman’s repeated concerns that the recent E Ink Kindles don’t do enough to support the visually impaired, given the lack of text-to-speech and the inability to use an all-bold font. Right now David does not know if the deal will address these specifics. Also, will the pushback on this contract extend to making Amazon’s other content more accessible? It would be nice if it did.

I’m also curious whether the benefits of e-books will outweigh their disadvantages when it comes to textbooks. They certainly have a point about them taking up less storage space and not degrading over time, but will the lack of page-flipping random access turn out to be as much of a drawback as others have found it? We’ll just have to wait and see.