I love an author who can roll with the times.

The heroine of The Obsession, by Nora Roberts (photo), is a tech-savvy, e-book reading photographer. Naomi Carson is delightful and made this otherwise somewhat disappointing read a little more bearable than it should have been. 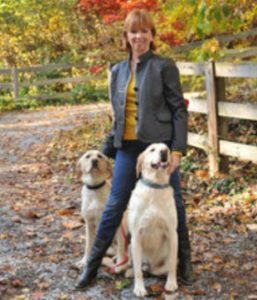 Naomi is a tough cookie who, as a child, followed her father into the woods one night and uncovered a root cellar of horrors, where he had been homing his skills as a rapist and serial killer. She rescues his final victim, then tries to move on with her life. The story follows her to New York, where she and her brother are raised by her gay uncles, and then to a small town in Washington State where she has impulsively purchased a large, daunting fixer-upper on the water.

There are the usual small-town Nora Roberts staples here, including obsessive detail (perhaps a bit too much of this) on the heroine’s home renovation projects and antique shopping with the fast friends she makes almost immediately in spite of her standoffish nature.

And, of course, a love interest shows up—a car mechanic who is manly, but reads. Our heroine at one point stages a photo shoot with him involving nudity, rippling muscles, a can of beer and, for contrast, a Jane Austen novel. Naomi also adopts, reluctantly, a stray dog whom she then grows to love.

Much too late in the narrative, the suspense element kicks in. There is a copycat killer, the gruff yet sweet mechanic all but moves in, and the romance sizzles. He is great with her dog. He buys her a barbecue. He lusts after her as-yet-unfilled library and spars with her over the merits of paper versus e-book:

“You need books. That library needs books. I haven’t seen any around here.”
“I use my reader when I’m traveling.” She arched an eyebrow. “Do you have something against e-readers?”
“No. Do you have something against actual books?”
“No. I’m sending for mine. I don’t have anywhere close to what you do, but I have books. And I have the room now to collect more.”
It made him think of the book on his wall, the one that told him things about her she didn’t want anyone to know.
“Do you still want pictures of mine—the books?”
He caught the hesitation, though it was brief and well covered. “Yeah, I would. It’s a statement.”

An obvious killer doesn’t have to be a boring one. And if anyone is up for the challenge, it would be an author as prolific as this one. She’s had the practice to bend the rules with greater confidence than this.

So, a 3/5 for me. I liked the pop culture references, and the e-book-toting heroine. Roberts built a good little town and, while it was perhaps too easy to get her heroine established with home and friends and boy-toy, it was a fun ride. But the pacing was sacrificed at the alter of the author’s love for antiquing, and the killer was far too obvious for me. I give this book three stars.