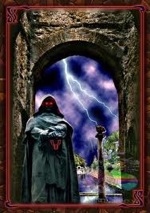 As all of An American Editor book reviews (which are listed at the end of this article) imply, the Internet has opened reading vistas for me that otherwise would never have happened. I find that as a result of the Internet and places like Smashwords, I am being exposed to authors and stories that would not otherwise have been available to me. This has been the blessing of the Internet for readers, especially with the advent of ebooks.

The dark side remains the lack of gatekeeping and how finding worthwhile books to read is increasingly difficult. The easier it is for “authors” to find an outlet for their work, the harder it is for readers to separate the wheat from the chaff.

Unfortunately, although this problem has been discussed several times over the course of the past two years, no real solution has been forthcoming. I doubt there really is a single, good solution to the gatekeeping problem, except, perhaps, to not pay more than 99¢ for any ebook from an unknown author.

Even at that price point, I find myself waffling about whether to buy or not. That’s because my to-be-read pile is already several hundred books, nearly all of which I obtained free, and it keeps growing with free ebooks. I am unlikely to live long enough to celebrate the demise of my TBR pile even should I stop adding to it now.

Regardless, the rise of the Internet and the (relatively) recent rise of ebooks has worked wonders for multiculturalism. Exposure to literature from other continents and countries has broadened my perspective significantly. Previously, my exposure was to North American and West European literature. The geographical limitations imposed by contract between publisher and author limited opportunities to expand.

That geographical limitation combined with publisher gatekeeping, which had at least one eye, and perhaps more than one eye, focused on the bottom line, meant that exposure to other cultures was limited. (Of course, it doesn’t help that I am monolingual, which imposes its own fence.) As each day passes, the geographical and gatekeeping limitations fade a little more and increasingly seem to be only relevant to ebooks published by the big six publishers.

For all of this, the Internet should take a bow. The Internet shines at making what was previously unavailable available, and I, for one, am trying to take advantage of that ready availability. Alas, as noted earlier, that Internet shine does have a darkening tendency as well.

The ease of access has caused the lack of effective gatekeeping to cast its net much wider than just the Internet. Increasingly, traditional publishers seem to be publishing whatever they can get their hands on and in whatever condition they grabbed the book. The dark side of the Internet is the lowering of quality acceptance/expectations and the increasing demand for lower prices. This is not to say that as price increases, quality increases; there is definitely no upward correlation between the two as the Agency 6 prove on a regular basis. However, there is a correlation between lower price and lower quality — absent sufficient revenue, essential production services, such as editing, are bypassed. (Yes, I, too, can point to examples of outstanding quality ebooks that are free; yet being able to do so doesn’t negate the validity of the statement when discussing the broader ebook market.)

The lesson is that we need to work harder on figuring out a way to correlate price and quality and find that sweet spot that satisfies both. I expect that within the next few years we will come close to resolving the matter even though I currently have no idea as to what is a practical solution.

A large number of ebookers believe that publisher gatekeeping can readily be replaced by crowd gatekeeping. I wish this were true but the evidence so far, at least to my eye, indicates that too many of the crowd gatekeepers base their gatekeeping on factors other than quality of writing and quality of story. We still see all-too-many reviews in which price or geographical restrictions or some other unrelated-to-writing-quality criterion plays a role in deciding whether an ebook is a 2-star or a 5-star ebook.

In addition, I have found it difficult to find reviewers whose reviews I can consistently trust. (Part of the problem is that too many reviews are written by unidentifiable reviewers. Who is TommyGumChewer and why should I value his/her opinion? See Book Reviews & Reviewers: Deciding Which Reviews to Trust for an earlier discussion.) Many ebookers have developed their own criteria for evaluating reviews (e.g., dismissal of all 1-star reviews), which may work well for them, but leaves me unsatisfied. I have grown too accustomed to reviews like those in The New York Review of Books to find many of the reviews on the Internet helpful.

In the end, what I do is take advantage of what the Internet does best — make information available to me — and I “buy” ebooks whose descriptions interest me. I read (or try to read) those ebooks and act as my own gatekeeper, as inefficient a process as it is in this era of self-publishing. And, thus, what I “buy” is largely free, because with all the ebooks available, it would be very easy to spend a small fortune to find only a few excellent ebooks and authors.

How do you gatekeep?

(For those who are interested, the following are reviews I have written for An American Editor in order of newest to oldest:

I believe that covers all of the reviews on An American Editor. Happy book hunting!)