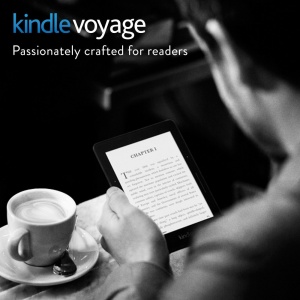 The Real Housewives and Donald Trump’s rise aren’t the only validations of a classic dictum from H. L. Mencken.

No one, Mencken said, went broke by underestimating the tastes of the American public.

Looking beyond politics and The Tube, we’re just as clueless about e-book reading software, whether cell phone apps or the kind built into Kindles and the like.

People don’t get it. With the right e-book software, they could read faster and absorb more. But tell that to the typical e-book lovers, even some rather sophisticated ones, as we await the introduction of the new deluxe Kindle. Few are talking about software. Mainly the fixation is on such issues as whether there will be an optional solar charger, as opposed to the range of fonts offered or the precision of margin or line spacing adjustments. I love Amazon’s hardware, on the whole, but I hate the way Jeff Bezos and friends say in effect: “You gotta read it on a Kindle or a Kindle app. And we dictate what the standards are. Tough luck if you want to read your book another way with software better suited for your needs.”

Some might say the cure is anti-trust against Amazon. Perhaps that’s how thing will shake out in time. But here I’ll discuss another strategy—not because I expect it to become reality soon, but because it is the right thing to do. Let’s pass a law requiring booksellers and publishers above a certain size to offer books in the ePub format. Also they should be required to well publicly explain in the case of each title why they using encryption-based DRM and not social DRM (or, better, no DRM).

Publishers and retailers inflicting DRM encryption on us would also be forbidden to use the word “buy” or “sell,” as opposed to “license” or “rent”—or risk action against them from the Federal Trade Commission. How many times must we say it? You don’t own DRMed books. The word “sell” is deceitful, a crime against consumers.

No, the law would not kill off Amazon or the other more competitive parts of the U.S. e-book industry. Amazon’s e-book side would still thrive because of its pricing and because of the size of its inventory, as well as Amazon.com’s book reviews and other social aspects. Fine. The idea here isn’t to hurt Amazon but help readers. With the ePub industry standard available at least as a consumer option for e-book files from Amazon and elsewhere, Americans will stand much more of a chance of being able to own books for real and pass them on to their children and grandchildren. That’s something to consider if we care about the book culture.

Years from now, even if something close to the current ePub were not longer around, this format’s use would increase the chances of successful conversions. What’s more, publishers could still publish in other standards. Also, this would not be an outright ban on DRM. Rather it would be the equivalent of the smoking-can-kill-you warnings on cigarette packs. “Buyers” would be better informed of the consequences of downloading “protected” titles.

Industry would come out ahead

The above goes against the current mindset of the U.S. Congress and no small part of the publishing industry, which doesn’t give a squat about the Tower of eBabel in e-books at the consumer level.

But consider this. If the publishers and bookstores offered more value than they do now, with DRM-compromised books, they just might find more of a market for their offerings over the long run. Disgracefully the total spent per household on reading material of all kinds, not merely books, is just $100 or so a year, according to the U.S. Bureau of Labor Statistics. We can only go up from there. Being able to read without proprietary formats or proprietary DRM in the way would create more competition and more meaningful competition in the area of e-book devices and reading apps. That could only be good for the actual content, the books. The more easily you can read them, the better for the publishers!

The perils of wimpy do-nothing government

Of course, the usual suspects would object. Let them. The present system has failed consumers. I agree with the Tea Party types that Washington has been badly corrupted, and on occasions an increase in federal powers can pave the way for yet more harm. But wait! The government already is involved in e-books and related areas though industry-bought copyright law which says the typical e-book buyer can’t break DRM even for a non-infringing reasons. 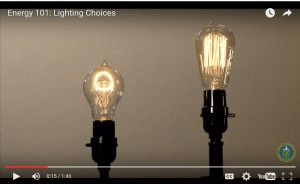 By contrast, the right kind of intervention can help. Yes, numerous occasions arise when intervention is wise, and I’m not just talking about public health laws or reasonable speed limits. Consider the success of federal light bulb legislation in reducing energy consumption despite the inane arguments against it. Futhermore, lack of intervention can deprive millions of Americans of a chance to live up to their full potential. Thanks to mean-spirited politicians kowtowing to their friends in the business community, we’re not spending nearly as much on childhood nutrition programs and others as we could, or otherwise caring about the welfare of children. The result is that while Americans aren’t shrinking, they actually are dwarfed by Scandinavians whose governments have cared more about basics (and, yes, the researchers have allowed for factors such as ethnic differences and immigration). Height, as experts agree, is one tangible by which we can get a handle on the level and quality of nurturing that young people receive.

Meaningful federal e-book standards and anti-DRM legislation won’t stretch your son to 6’4” or slash energy consumption and slow down disruptive climate change. But such measures will strengthen the book culture and thus help make us a more civilized people, and meanwhile if other countries can step up the attack on both proprietary e-book formats and DRM, then so much the better.

Let’s keep dreaming of something better. Trump as of this writing might not be the Republican nominee after all now that people know more about him. Perhaps the same good fortune will arise as more Americans grow up reading e-books and wise up to the negatives of substandard software and DRM.

Note: Yes, I can see a role for DRM for, say, rental or subscription services or enforcing the expiration dates of library books. But must it really be the norm for the usual retail books from B5 publishers? For now, props to the B5ers who are experimenting with alternatives. I’d much rather than that legislation not be needed, but, alas, given the obstinacy of the B5ers as a whole, it is. Same in regard to getting Amazon to provide ePub files to readers and let Kindles read them natively.

And a little history: Washington got the industry together at the National Institute of Standards and Technology to discuss standards. In fact NIST held several e-book conferences, at one of which I spoke on the desirability of a national digital library system (a way to encourage standards, among other pros). Happened eons ago. Problem is, there was insufficient follow-up, along with penalties for lack of compliance. Everyone expected Amazon to go along with the rest of the industry. It didn’t. Amazon instead went its own way with Mobipocket and other proprietary dreck. Time to give NIST the teeth it needs to get the job done for real?