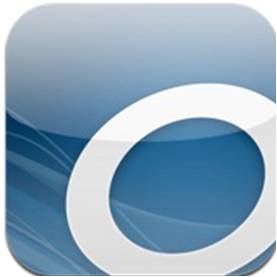 Data suggests that e-book sales are flat and slowing down.

However, ask those working at publishing companies and they will politely tell you the pace hasn’t slowed down at all.

At the Digital Book World Conference, several publishers including Sourcebook’s Dominique Raccha and Simon & Schuster’s Carolyn Reidy both agreed the rate of change is not slowing down even with the information that e-book sales have slowed.

A big part of that may have to do with information released this week from OverDrive, a distributor of e-books, digital audiobooks, music and video to libraries.

Consider this: it took 10 years for OverDrive to reach its first 100 million digital checkouts – a time span between 2003-2012.

Readers are finding ways to get books digitally, even if they aren’t always buying, which seems to be suggested by OverDrive’s data.

One of the biggest factors was the increase of mobile use. OverDrive’s mobile platform accounted for nearly half of all checkouts and two-thirds of all traffic.

“This past year was a breakthrough year for OverDrive,” said Shannon Lichty, Director of Partner Services at OverDrive in a release. “Through innovation and exemplary partner performance, digital reading is now more accessible and more prolific than ever. We are looking forward to additional enhancements in 2014 to create the ultimate streamlined experience and enhanced interactivity for users.”

Six of OverDrive’s standalone libraries had more than one million digital checkouts from their individual collections including two in Washington state, New York Public Library, and Toronto Public Library.

In addition, OverDrive increased its catalog to 1.8 million digital titles, which includes more than 5,000 publishers.

Think about it again: more than 100 million digital checkouts in 2013, the same year e-book sales weren’t as robust in previous years. Some have suggested the slowdown in e-book sales means that people are reading less digital titles. But with this new bit of information perhaps it means they are just finding different outlets to get their books.