Text to speech would cost a pittance to add to current E Ink readers like Amazon’s Paperwhite and the $200 Voyage. In fact, some earlier Kindles even came with read-aloud. No longer, though. With all the laws on the books, can’t Washington stop this dissing of people with disabilities?

In one form or another, the Kindle is so common that it’s become “The Official E-reader of the National PTA.”

Yet despite TTS’s potential benefits to millions of Americans, the Federal Communications Commission has just granted the e-reader industry another year’s exemption from the Twenty-First Century Communications and Video Accessibility Act of 2010.

The waiver announced January 28 wouldn’t have necessarily guaranteed TTS. But long term, it still would have helped people ranging from vision-impaired 90-year-olds to school children with dyslexia.

Here are Word and PDF versions of the FCC decision, and ahead you’ll find links to the CVAA’s legislative history, which Caitlin Vogus, an attorney at the agency (not the official signing off on the decision), helpfully provided at my request.

Marketing-think ahead of public needs 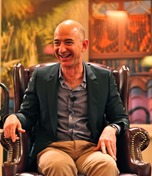 Why did the e-reader industry go for this consumer-hostile ruling? Jeff Bozos himself raved about the read-aloud feature when he showed off the Kindle 2 in 2009. Apparently, however, Jeff now wants to nudge people to buy both the mute E Ink machines and multimedia Fire series of computers. Marketing-think ahead of actual consumer needs, right? It’s the American way.

The irony is that Amazon and likeminded vendors have hurt themselves by also making E Ink machines useless for listening to audiobooks, which, in so many respects, can offer possibilities beyond TTS (such as multi-character readings by stellar actors).

If I were an Amazon shareholder, I’d be hopping mad about the financial stupidities here, not just the immorality of it all, given the pittance that read-aloud would have cost. This mistake is in the same league as Amazon’s overpriced Fire Phone. No all-out jihads here, by the way. I myself am an enthusiastic Prime customer and am gung-ho on Amazon’s better sides.

Explaining the decision, the FCC once again says it’s limited by a technicality in the accessibility act. It’s more or less saying that Paperwhites, Voyagers and the like do not primarily provide “advanced communications services” devices as defined by the law. But many in the library and disability communities would still point out that Amazon machines and other E Ink devices contain Web browsers. If nothing, people can take a Web page and “send to Kindle” via an Amazon app, with the results displayed on the E Ink machine (so why not TTS presentation, too?). They can also use Kindles for reading files picked up from e-mail. In fact, I’ve set up my Paperwhite’s browser to access Gmail directly. Sounds like “advanced communications” to me, regardless of whether the browser is optimal.  Might marketing around the accessibility laws be one reason why the browsers in E Ink machines are still rotten today, even with much faster chips in the readers? Screen speed isn’t the only factor. Besides, it also has improved.

If nothing else, keep in mind that books themselves are a form of “advanced communications” in real life regardless of what the law or may not say. So even if the FCC flings around phrases like “primarily used” and invokes the ACS argument, I’ll still roll my eyes (and be grateful that I can see with them—unlike the blind victims of the agency’s callousness). Too, remember the FCC’s role as an encourager of innovation.

Would that the FCC took as much interest in e-book readers—both the devices and the humans—as in promotion of broadband and improved TV! Can’t higher speed be useful for more than, say, the quicker downloading of YouTubes?

This decision is a setback not just for disability-related causes but also literacy-related ones. Regardless of what the industry lobbyists say, TTS is reading—just a different kind. Even people without disabilities can benefit, using TTS to whet their interest in a book, and then getting hooked and enjoying the text the usual way. Not to mention all the commuters who could start aurally and continue with traditional reading. A little commonsense and social awareness, please. Can’t this be about more than K Street needs and arcane legal and legislative technicalities?

‘The Official E-reader of the National PTA’ 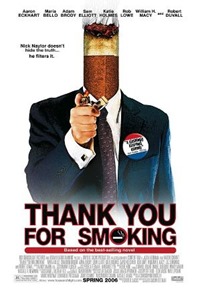 In an era when feds talk of public accommodations and accessibility for all, why are e-readers not fully within the reach of related federal laws—despite the growing importance of digital text in schools?

Disability and consumer advocates and librarians and educators should go to Capitol Hill and ask the authors of the CVAA if (1) the outrageous exemption is really in line with their intent and (2) if they’ll do a legislative fix.

Hello, President Obama? Didn’t you sign the CVAA and boast of its glories? How about some e-reader-related action by White House lobbyists on the Hill? And I’m not just talking about benefits for people with disabilities. Michelle “Let’s Move” Obama should push the idea of listening to audiobooks and TTS-delivered e-books while exercising (and of reading them the usual way, at other times).

Needless to say, if law allows, the disability community should immediately appeal the FCC’s unfortunate decision.

What’s more, I hope that national PTA can speak up at the FCC and to Congress at some point and also tell Amazon directly to add TTS. How long does this “Official E-reader” agreement last?

The PTA should make TTS in the E Ink Kindles a must for use of the organization’s name to continue.

For now, shame on you—Amazon, Kobo and Sony! The Coalition of E-Reader Manufacturers has acted in the best tradition of the tobacco lobbyist in the movie and book Thank You for Smoking, and the FCC has swallowed the swill.

Update, Feb. 1, 2015: No word from the PTA, several days after I sent it a link to the LibraryCity version of this post. Joanne Dunne is the PTA’s interim executive director. If you yourself want to follow through—not such a bad idea, especially if you or a member of your family would benefit from TTS or optional all-text bolding or dyslexia-related fonts or other improved typographical capabilities in Kindles—her address is jdunne at pta dot org. The PTA ideally will be more sensitive on this issue than the FCC has been. As for a Congress member to reach, try Sen. Edward J. Markey of Massachusetts, whose name was on the CVAA-related legislation when he was in the House of Representatives. Here’s his contact information. Ask that the CVAA be amended to cover e-book readers without the slightest ambiguities. Hello, Ms. Dunne (if you are paying attention)? Why not join me in reaching Sen. Markey?

Thank you for your email.  The Consumer and Governmental Affairs Bureau issued an order today extending the waiver for one year, until January 28, 2016. You can find the order on the FCC’s website here:

You also asked about legislative history regarding the waiver.  The extension of the waiver was granted pursuant to the waiver standard found in the Twenty First Century Communications and Video Accessibility Act (CVAA) and the Commission’s rules adopted to implement the CVAA.  You may find the following information and links about the CVAA and related orders by the Commission and Bureau helpful:

Please let us know if we can be of further assistance.

[The above CC-licensed commentary first appeared on the LibraryCity site.]