At GenCon last weekend, I encountered a couple of independent paper role-playing game publishers who are making an interesting use of PDF versions of their books. Not simply selling them as additional versions, these publishers are actually using the PDFs in conjunction with the paper versions.

One of these is Evil Hat Productions’ Spirit of the Century, a role-playing game of the pulp adventure genre. Spirit of the Century uses the FATE system, loosely based on FUDGE, and has won a number of awards, including the Independent Game Awards’ Indie Game of the Year and the Ennies’ Best Rules. It is available at a cost of $15 for the PDF, $30 for the trade paperback—or $35 for both. The PDF file is actually two non-encrypted PDFs—one featuring each single page in portrait orientation, and another featuring facing pages in landscape for easier screen reading. As the book is trade-paperback-sized rather than the 8 1/2 x 11 inch size of many gaming books, even the landscape version can be read without undue eyestrain on a decent-sized screen.

Spirit of the Century is released under the Open Gaming License (OGL). Under the terms of the license, permission is granted for “perpetual, worldwide, royalty-free, non-exclusive” use of the system’s mechanics—everything except for the text of the introduction, examples, characters, scenarios, and setting material—by anyone who wishes to build a new game around it. A System Reference Document containing this material is available on-line in HTML, and will also make a good reference for players who haven’t picked up the book.

The other game is Capes, a comic-book-superhero storytelling game from Muse of Fire. Considerably more free-form than most role-playing games, Capes gives all players equal footing: there is no gamemaster, and all characters are held in common by all players. The object of the game is to tell the story of a comic book, rather than to play out the adventures of one specific character. Capes is available for $10 for a PDF, or $20 for both the softcover book and the PDF. The PDF is an unencrypted portrait-formatted document; as the book is formatted for trade-paperback-size, it is amply legible when viewed in two-up format

Though Capes is not OGL like Spirit of the Century, its copyright license is even more interesting.

Below the ordinary all-rights-reserved notice on the copyright page is the following:

Permission is hereby granted for any reproduction that:

… including (but not limited to): Copying of any pages for reference or use in play, copying of pages or sections to help acclimate players to the rules, or copying the entire book to provide to people in your playing group.

Save for the first provision, this is almost a Creative Commons license: you can distribute the entire book, for free (the PDF is particularly useful for this), to the people who are going to play the game with you. When I spoke to the author/publisher, Tony Lower-Basch, at GenCon, he explained that this was intended so that you only needed to buy one copy of the book per gaming group—a remarkably enlightened outlook from a publisher in the ordinarily copyright-and-sales-paranoid RPG industry. Perhaps in this small market, some of the small independent publishers are more willing to take this kind of chance in order to lead to greater exposure for their games. 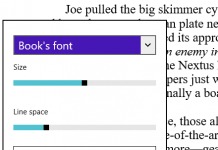