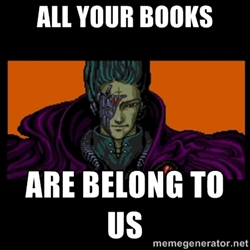 The Pearson release declares that this: “will be the first truly global publishing company with operations in the US, Canada, UK, India, South Africa, Australia, New Zealand, Spain, Mexico, Argentina, Uruguay, Colombia and Chile.” According to the Bertelsmann release, “Penguin Random House will employ more than 10,000 people worldwide across almost 250 imprints, and will generate annual revenues of approximately €3 billion (£2.5 billion, $3.9 billion).” 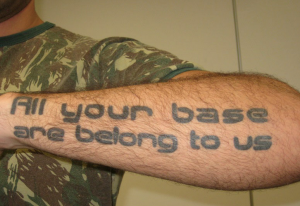 Full details of the corporate ramifications are available courtesy of the partners’ respective websites. “Bertelsmann owns 53% of the joint venture and Pearson owns 47%,” notes the Pearson announcement. “The joint venture excludes Bertelsmann’s trade publishing business in Germany and Pearson retains certain exclusive rights to use the Penguin brand in education markets worldwide.”

Penguin Group Chairman and CEO John Makinson will be Chairman of the new joint entity, and Random House CEO Markus Dohle will be CEO.

Some were quick to respond to the news. “Time to remember publishing is nothing without authors!” tweeted Jonny Geller, Joint CEO of agent Curtis Brown and MD of its books division. Viewpoints from the UK’s The Bookseller are here. You can read more analysis on the potential implications for authors at the Hollywood Reporter, here.

Personally, I’d really like to know what difference all this makes to Bertelsmann’s public position. Remember, Bertelsmann SE & Co. KGaA is an unlisted business, not subject to the scrutiny and accountability strictures of a publicly-traded company. The Investor Relations section of its website insists “that Bertelsmann is oriented towards the needs of listed companies and the requirements of the capital market in terms of transparency and disclosure,” but this is definitely voluntary and discretionary—and geared towards the bond market—rather than compulsory. 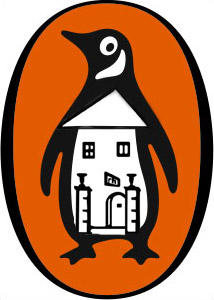 The Bertelsmann Stiftung, a non-profit foundation created by long-standing company head (and sometime Afrika Korps soldier) Reinhard Mohn, is the majority owner of Bertelsmann, with 77.4 percent, the rest being held by the Mohn family. The company has also faced problems over its own record under the Nazis, including apparent misrepresentation of its past. And this entity will be the majority partner in the new Penguin Random House JV.

“With today’s launch of Penguin Random House, Bertelsmann and Pearson have set a great course for the future of the book, and book publishing—and new growth for Bertelsmann,” Thomas Rabe, Chairman and CEO of Bertelsmann, said. “Together, we can and will invest on a much larger scale than separately in diverse content, author development and support, the publishing talent, the entire spectrum of physical and digital book acquisitions, production, marketing, and distribution, and also in fast-growing markets of the future.”

So it looks like Bertelsmann feels it has a handle on the future of the book. Well, we heard it here first. And if any deal is big enough to buy you such presumption and arrogance, I guess this one is.

Not that Penguin is exactly spotless either. Many commentators saw Penguin’s haste to reach a settlement with the U.S. Department of Justice in May in the Apple e-book price fixing hearings in the context of the rush to complete the Penguin Random House merger, and there is still the little matter of the Author Solutions lawsuits on the table. And either way, Penguin Random House’s projected annual revenue still pales in comparison to Amazon’s annual take of almost $62 billion, giving them a far shallower cash pool to float the paper boat of the future of publishing along their chosen course.

All the same, it takes some finesse in corporate PR for things to come out as though the 800 lb gorilla in the room is the one on the side of the little guy. What is it about Big Media that always makes it look so ugly? I suppose this shows that the legacy issues and impairments on Penguin Random House’s books [no pun intended] are about more than just existing business assets.

How much goodwill can there be left  in the author or reader community to write down?