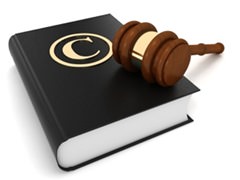 Since everybody else is reporting on this story, I might as well venture an opinion. A couple of years ago, a photographer had a monkey steal his camera and end up taking a very distinctive and humorous selfie, which was subsequently the focus of a copyright dispute when Wikimedia posted the photo as public domain, the photographer complained, and the US copyright office agreed that the photo couldn’t be copyrighted (see page 22 of this “Copyrightable Authorship” guideline PDF) because it was taken by an animal.

Nonetheless, PETA is suing on behalf of the macaque, who is apparently named Naruto, asking that the monkey be granted a copyright in the photo and that PETA be allowed to administer proceeds from the photo for the benefit of Naruto and other macaques living in a nature reserve in Sulawesi.

And you have to admit, it’s succeeded admirably. For the cost of a simple legal filing, PETA has once again brought the case—and, more importantly, PETA itself—to national attention, with news stories everywhere (including, yes, here; rah rah, well done, PETA). Even when the case inevitably gets thrown out, PETA will get its name back in the news again for that—and also when it decides to appeal, and when that appeal gets thrown out, etc. PETA is really really good at this. They were trolling before anyone had even coined the term.